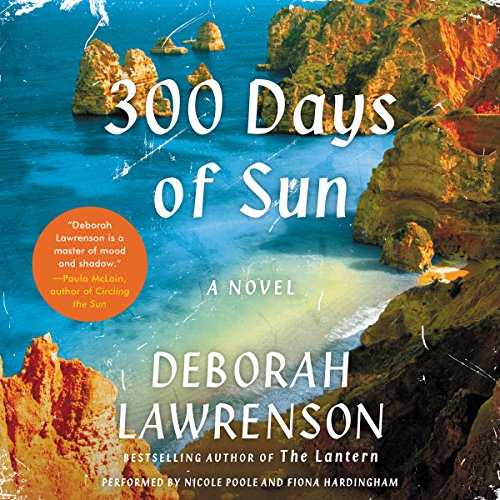 By: Deborah Lawrenson
Narrated by: Nicole Poole,Fiona Hardingham
Try for $0.00

Combining the atmosphere of Jess Walters' Beautiful Ruins with the intriguing historical backstory of Christina Baker Kline's The Orphan Train, Deborah Lawrenson's mesmerizing novel transports listeners to a sunny Portuguese town with a shadowy past - where two women, decades apart, are drawn into a dark game of truth and lies that still haunts the shifting sea marshes.

Traveling to Faro, Portugal, journalist Joanna Millard hopes to escape an unsatisfying relationship and a stalled career. Faro is an enchanting town, and the seaside views are enhanced by the company of Nathan Emberlin, a charismatic younger man. But behind the crumbling facades of its Moorish buildings, Joanna soon realizes, Faro has a seedy underbelly, its economy compromised by corruption and wartime spoils. And Nathan has an ulterior motive for seeking her company: He is determined to discover the truth involving a child's kidnapping that may have taken place on this dramatic coastline over two decades ago.

Joanna's subsequent search leads her to Ian Rylands, an English expat who cryptically insists she will find answers in The Alliance, a novel written by American Esta Hartford. The book recounts an American couple's experience in Portugal during World War II and their entanglements both personal and professional with their German enemies. Only Rylands insists the book isn't fiction, and as Joanna reads deeper into The Alliance, she begins to suspect that Esta Hartford's story and Nathan Emberlin's may indeed converge in Faro - where the past not only casts a long shadow but still exerts a very present danger.

What listeners say about 300 Days of Sun

loved It! suspenseful and intriguing, and tasteful. I didn't want it to end. great narrator

Audio Editing is the Worst

This could have been a good story but the laughable editing ruined it for me. Everytime a Portuguese word was needed a portion of the sentence was replaced with a poorly executed insert. Completely jarring. Why they could not find an actor who could pronounce Portuguese is beyond me. It could have been a decent novel, otherwise.

An interesting enough book. parts of it i stayed awake to listen to. first audiobook where the audio was off... it's almost as if the actress missed parts of sentences or something and they went back and fixed it... only the tone of voice and accents are off for those few seconds... it disturbed the experience.