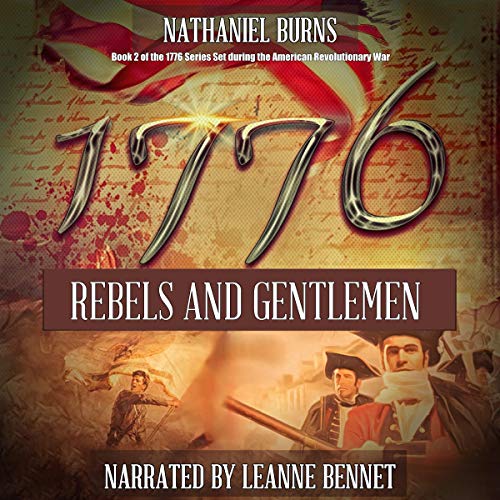 By: Nathaniel Burns
Narrated by: Leanne Bennet
Free with a 30-day trial

Virginia, 1776. British officer Christopher Morgann is sent to Virginia to fight on the side of the Redcoats. Diligently keeping to his duties and crushing the enemy American patriots every chance he gets, his military career is uprooted when he meets a beautiful woman, who also happens to be the daughter of a high ranking American officer.

In her company and the hospitality of her friends, Christopher discovers what the rebellion is really about and how important liberty and independence are to the colonials. He is torn between loyalty to his country and the love for the American woman.

His secret meetings with her are disrupted when a rival British officer reveals to her that Christopher is in fact a Redcoat, bound to destroy her people and their pursuit of freedom. His attempts to win her back are further marred by a dreadful secret, the fruition of which he is trying to avoid.

Will Christopher Morgann do what is right and betray his service to England? Or, will he live up to the expectations of the British forces in the turmoil of America in 1776?

What listeners say about 1776: Rebels and Gentlemen