Try a Brilliance Audio New Release on Us 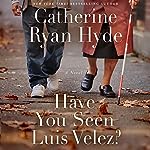 New York Times bestselling author Catherine Ryan Hyde brings heartwarming authenticity to the story of two strangers who find that kindness is a powerful antidote to fear. Raymond Jaffe feels like he doesn’t belong. Not with his mother’s new family. Not as a weekend guest with his father and his father’s wife. Not at school, where he’s an outcast.

Narrated by: Michael Crouch 4.5 out of 5 stars 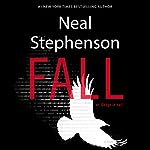 The #1 New York Times bestselling author of Seveneves, Anathem, Reamde, and Cryptonomicon returns with a wildly inventive and entertaining science fiction thriller - Paradise Lost by way of Philip K. Dick - that unfolds in the near future, in parallel worlds.In his youth, Richard “Dodge” Forthrast founded Corporation 9592, a gaming company that made him a multibillionaire.

Narrated by: Malcolm Hillgartner 4 out of 5 stars 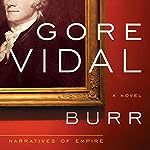 Here is an extraordinary portrait of one of the most complicated - and misunderstood - figures among the Founding Fathers. In 1804, while serving as vice president, Aaron Burr fought a duel with his political nemesis, Alexander Hamilton, and killed him. In 1807, he was arrested, tried, and acquitted of treason. In 1833, Burr is newly married, an aging statesman considered a monster by many. But he is determined to tell his own story, and he chooses to confide in a young New York City journalist. Burr is the first novel in Gore Vidal's Narratives of Empire series.

Narrated by: Grover Gardner 4 out of 5 stars 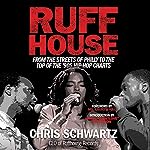 A captivating and fast-paced account of the rise of Ruffhouse Records’ founder Chris Schwartz, the coming of age of hip-hop, and the trials and tribulations of some of its greatest artists. As a homeless musician struggling to catch a break in 1980s Philadelphia, Schwartz navigates the criminally infested, morally bankrupt independent record business to build one of the most successful hip-hop record companies in the world, which dominated the charts and generated global revenues of over one billion dollars.

Narrated by: Pete Simonelli 4.5 out of 5 stars 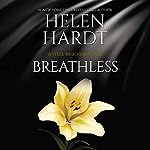 Marjorie Steel is still healing from the events of the past year, and she’s happy to put her plans to study culinary arts on hold to help her best friend deal with a difficult pregnancy and two recently adopted troubled boys. The fact that Bryce Simpson spends a lot of time at the Steel Ranch is a benefit, and she’s ready to see if her attraction to him might be something more. 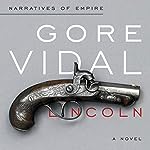 Lincoln is the cornerstone of Gore Vidal’s fictional American chronicle, which includes Burr; 1876; Washington, D.C.; Empire; and Hollywood. It opens early on a frozen winter morning in 1861, when President-elect Abraham Lincoln slips into Washington, flanked by two bodyguards. The future president is in disguise, for there is talk of a plot to murder him. During the next four years there will be numerous plots to murder this man who has sworn to unite a disintegrating nation.

Narrated by: Grover Gardner 4.5 out of 5 stars

The world knows Lamar Odom as a two-time NBA world champion who rocketed to uncharted heights of fame thanks to being a member of both the storied Los Angeles Lakers and the ubiquitous Kardashian empire. But who is Lamar, really? Fans have long praised his accessibility and genuine everyman quality - he is a blinding talent who has suffered a series of heartaches, setback, and loss. But until now, his most candid moments have remained behind closed doors...sometimes face-down on the floor.

Narrated by: Chris Palmer 4.5 out of 5 stars 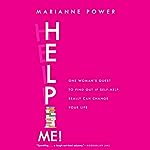 Marianne decided to finally find out if her elusive "perfect existence" - the one without debt, anxiety, or hangover Netflix marathons, the one where she healthily bounced around town and met the cashmere-sweater-wearing man of her dreams - really did lie in the pages of our best-known and acclaimed self-help books. She vowed to test a book a month for one year, following its advice to the letter, taking what she hoped would be the surest path to a flawless new her. But as the months passed, Marianne’s reality was turned upside down.

Narrated by: Marianne Power 5 out of 5 stars 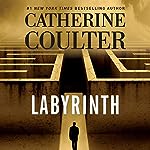 On a Tuesday afternoon, Agent Sherlock is driving in downtown Washington when her Volvo is suddenly T-boned at an intersection. As her car spins out of control, a man’s body slams against her windshield and then - blackness. When she finally regains consciousness in the hospital, she’s told about the accident and the man she struck. No one knows yet who he is or where he is because he ran away. From DNA, they discover his name is Justice Cummings and he’s a CIA analyst at Langley...and he’s still missing.

Narrated by: Tim Campbell 4.5 out of 5 stars 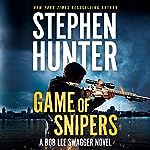 When Bob Lee Swagger is approached by a woman who lost a son to war and has spent the years since risking all that she has to find the sniper who pulled the trigger, he knows right away he'll do everything in his power to help her. But what begins as a favor becomes an obsession, and soon Swagger is back in the action, teaming up with the Mossad, the FBI, and local American law enforcement, as he tracks a sniper who is his own equal and attempts to decipher that assassin's ultimate target before it's too late. 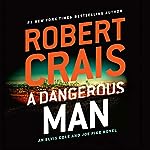 Joe Pike didn't expect to rescue a woman that day. He went to the bank same as anyone goes to the bank, and returned to his Jeep. So when Isabel Roland, the lonely young teller who helped him, steps out of the bank on her way to lunch, Joe is on hand when two men abduct her. Joe chases them down, and the two men are arrested. But instead of putting the drama to rest, the arrests are only the beginning of the trouble for Joe and Izzy.

Narrated by: Luke Daniels 4.5 out of 5 stars 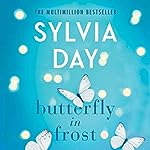 Once, I would never have imagined myself here. But I’m settled now. In a place I love, in a home I renovated, spending time with new friends I adore, and working a job that fulfills me. I am reconciling the past and laying the groundwork for the future. Then Garrett Frost moves in next door. He’s obstinate and too bold, a raging force of nature that disrupts the careful order of my life. I recognize the ghosts that haunt him, the torment driving him.

Narrated by: Emma Wilder 4 out of 5 stars

Listen to your books wherever you are with our free app—at home, in the car, at the gym. Even if you switch devices, you'll never lose your place.

No one's got more listens than Audible. Don't like one? No-questions-asked returns means exchanges are easy.

Audible is a trusted Amazon company so you can count on privacy, security, and satisfaction.

What do I get?

Sign up for your free 30-day trial. Your first book is free.