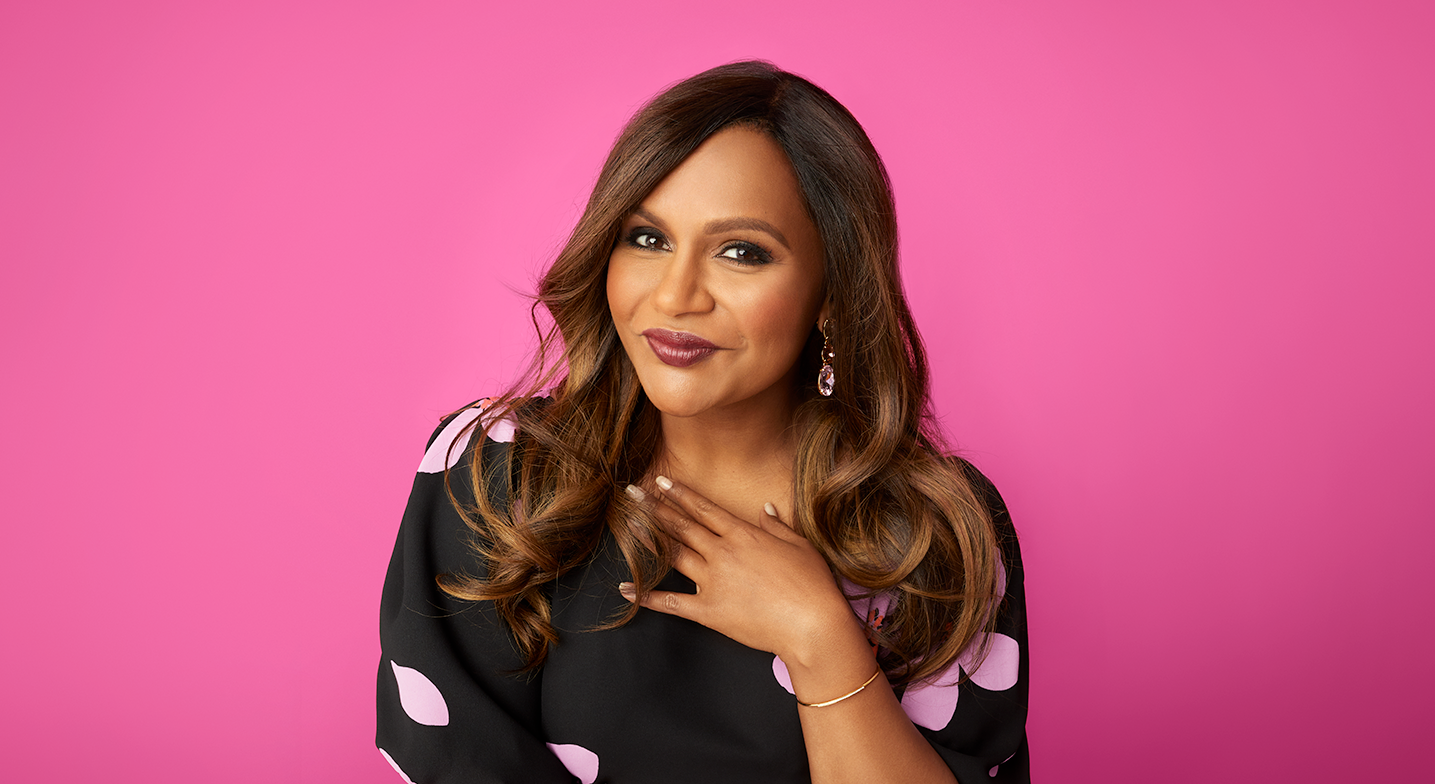 In addition to her many other projects, comedian, actress, and writer Mindy Kaling recently brought her acting and comedic chops to bear as the voice of the spunky Artificial Intelligence program in The AI Who Loved Me, Allyssa Cole's new Audible Original. It all plays into Kaling's love for romantic comedy, which she digs into in this interview with editor Katie O'Connor.

Note: Text has been edited and may not match audio exactly.

Katie O'Connor: Hi listeners, it's your Audible editor, Katie here and I am so excited to be speaking with actress, producer and author Mindy Kaling. Hi, Mindy.

Mindy Kaling: Hey Katie, how are you?

KO: I'm great. We were so thrilled to have you featured in our commercial for the Audible Escape launch. You were the natural choice. Between The Office, The Mindy Project, Champions, Late Night and your upcoming Four Weddings and a Funeral, you've really established yourself as a force in comedy, but particularly romantic comedy. What is it about the genre that appeals to you?

MK: I love romantic comedy because I was a real wallflower and late bloomer and I think that because I had no access to any legitimate romance as an 11, 12, 13-year-old, I really fantasized a lot about romance, even for me, and romantic situations. And I think because I always loved writing, it just gave bloom to so much creativity for me. And then of course I grew up in the time of the great romantic comedy movies of the '90s and I wasn't a snob about any of them either. It could be, While You Were Sleeping, starring Sandra Bullock and Bill Pullman, or Sleepless in Seattle. I really just love the genre and I've always felt that it is an undervalued genre. I feel like people talk about romantic comedies they love, and they say that they're their guilty pleasures. But I truly don't believe in guilty pleasures, I only believe in pleasures. And I oftentimes think people undervalue them because women like romantic comedies so much and it seemed somehow not as intellectual or something, but I just love them.

KO: I'm with you. That's a hill I'll gladly die on. Are there any other types of love stories that you're drawn to, like paranormal or historical?

MK: I really do love historical romance. Obviously, like everyone else, I adore and think of Pride and Prejudice as canon, so I know it inside and out. But also Outlander, I think that has really invigorated the genre because of how great the TV show is. And so I'm a huge fan of that, which is kind of paranormal and historical actually.

KO: What do you think it is about listening to a love story that enhances the experience?

MK: Well, for me it's such a natural progression. I'm such a theatrical-minded person that when I'm reading something, I'm imagining it as I'm reading it, and I'm sure most listeners are anyway. So there's just something about hearing the voices and being able to picture it yourself that makes it so intimate and fun.

KO: I agree. And do you have a favorite love story, whether it be real or fictional?

MK: Do I have a favorite love story? The Shop Around the Corner, which was then remade into You've Got Mail is one of my favorite stories because it involves a trope that is my favorite, which is two people who do not get along are meant for each other, which so rarely happens in real life. Usually if you don't get along, that means you hate a person, you hate to be around them. But in certain kinds of love stories, it actually means that those are sparks. Those feelings of discord actually are sparks and mean that you're supposed to be meant for them. And that's something that is in almost everything I write. I feel that there is no sexiness and romance without friction. And so I really respond to The Shop Around the Corner and You've Got Mail because they start off as professional frenemies, actually just professional enemies, not friends. They're just straight up enemies and then they fall in love. So I find those stories to be so, I don't know. Spicy. I love them.

KO: I agree, actually. I think you summed up perfectly that hybrid between a sort of office romance and also enemies to lovers has just so much natural tension to it. It's great.

KO: You've had so many roles within the world of film and television. Writer, actor, director, show runner, producer. I'd imagine that writing can feel very freeing because you're creating and starting from scratch, but do you find perhaps one of these roles more freeing than the other, or do you have a favorite?

MK: Each of the different roles that I play, I value for different reasons and I think there's a certain glamorousness that comes to being an actor and being on set and being with other actors. And that fulfills a kind of childhood fantasy I had of being an actor and palling around in set chairs, pretty fun, and being in hair and makeup and everything. But the truth is that my soul is a writer and when I think of who I really am, it is sitting in my bed with my little wooden lap desk and writing. And not being glamorous, not wearing hair and makeup that someone else has done for me, and just sitting there and creating a world that only I really think is interesting at the time. It's really vulnerable and it's really fun to do that.

KO: I love that. So what's the writing process like for you?

MK: I think I'm one of those writers where, I find that 7/8ths of the time I am "writing." It is very unproductive. It means I'm pacing. It means I'm online shopping. It means I'm looking out my window and then 1/8th of the time is a flurry of productivity. I am never more euphoric than I am when I'm writing. But that feeling is like the adrenaline you feel after you go for a great jog where it's fleeting and it takes a long time. And it's still very mysterious for me. I truly enjoy writing, but it's also a very slow process for me.

KO: Everything from backstories to character development. There's a lot that you have to think about and go back and revise, and edit. Really, it's a miracle. And then procrastination! It's a miracle books ever get done.

MK: Yeah, completely. The thing that I have found to be very surprising is how much I prefer writing fiction to essays.

MK: Autobiographical essays about my life and about my experiences fill me with real dread. Whereas writing fiction is when I'm my most happy. To create a world and not have to worry about, "am I representing this person correctly?" or this person in my life and my family, it does become such an issue with my personal life. Whereas writing fictionalized worlds is just so much fun.

KO: Well, we're all really looking forward to your next essay collection. Even if, I apologize if it did bring you angst, but particularly since you'll be narrating it. But given your love of writing and creating fiction, have you ever considered writing a novel?

MK: Oh, I would love that. And one of my favorite novels is Bridget Jones' Diary. And I think it really made me reconsider what constituted a novel and how a novel could be written, that it could be very chatty and friendly and not at all stuffy or formal. And I loved it so much and I felt like it was such a great way to tell a story and introduce us to this amazing iconic character, Bridget Jones. I would love to, at some point, write a novel. I feel like it really suits my skills and my personality.

KO: Well, I hope someday you do and I can't wait to listen to it when the time comes.

KO: It was so lovely speaking with you. Thank you, Mindy, and thank you, listeners. For more great love stories. You can visit audibleescape.com. 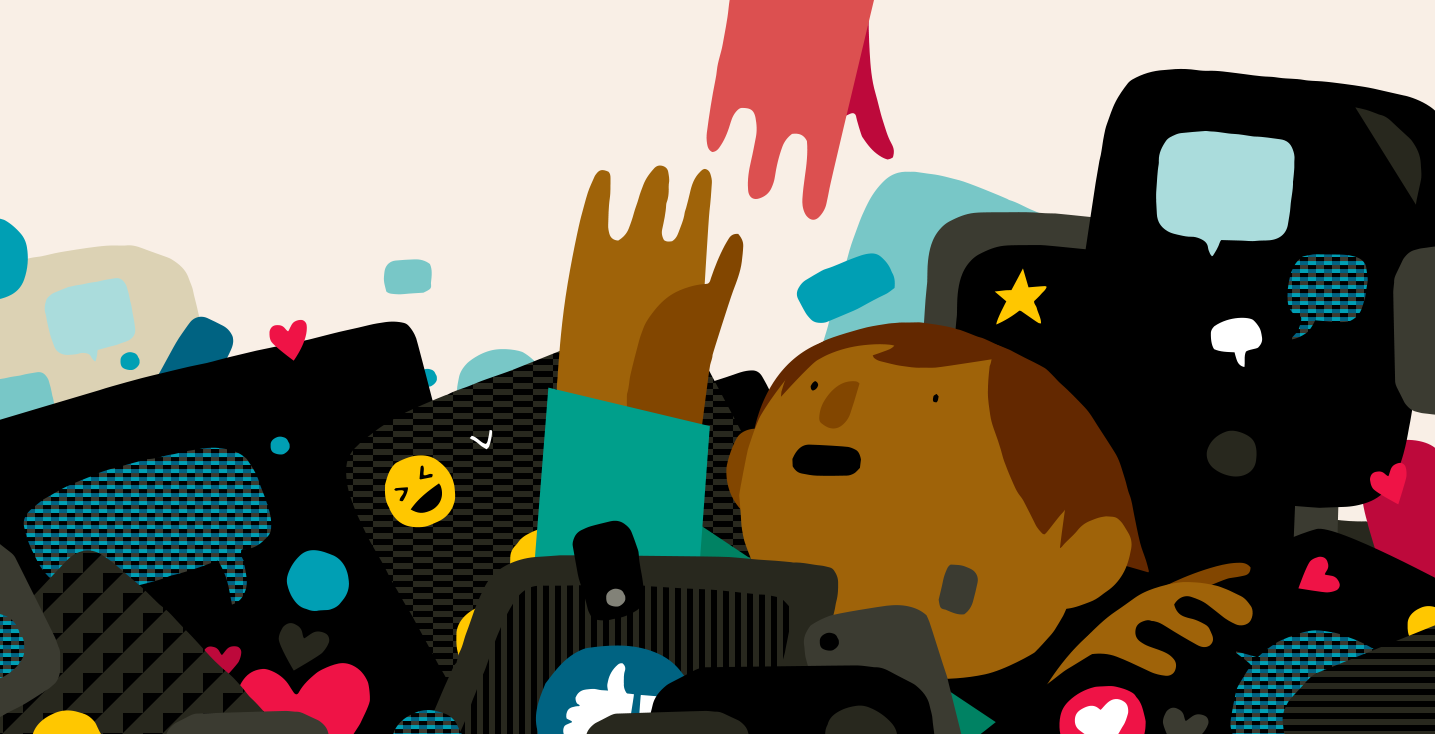 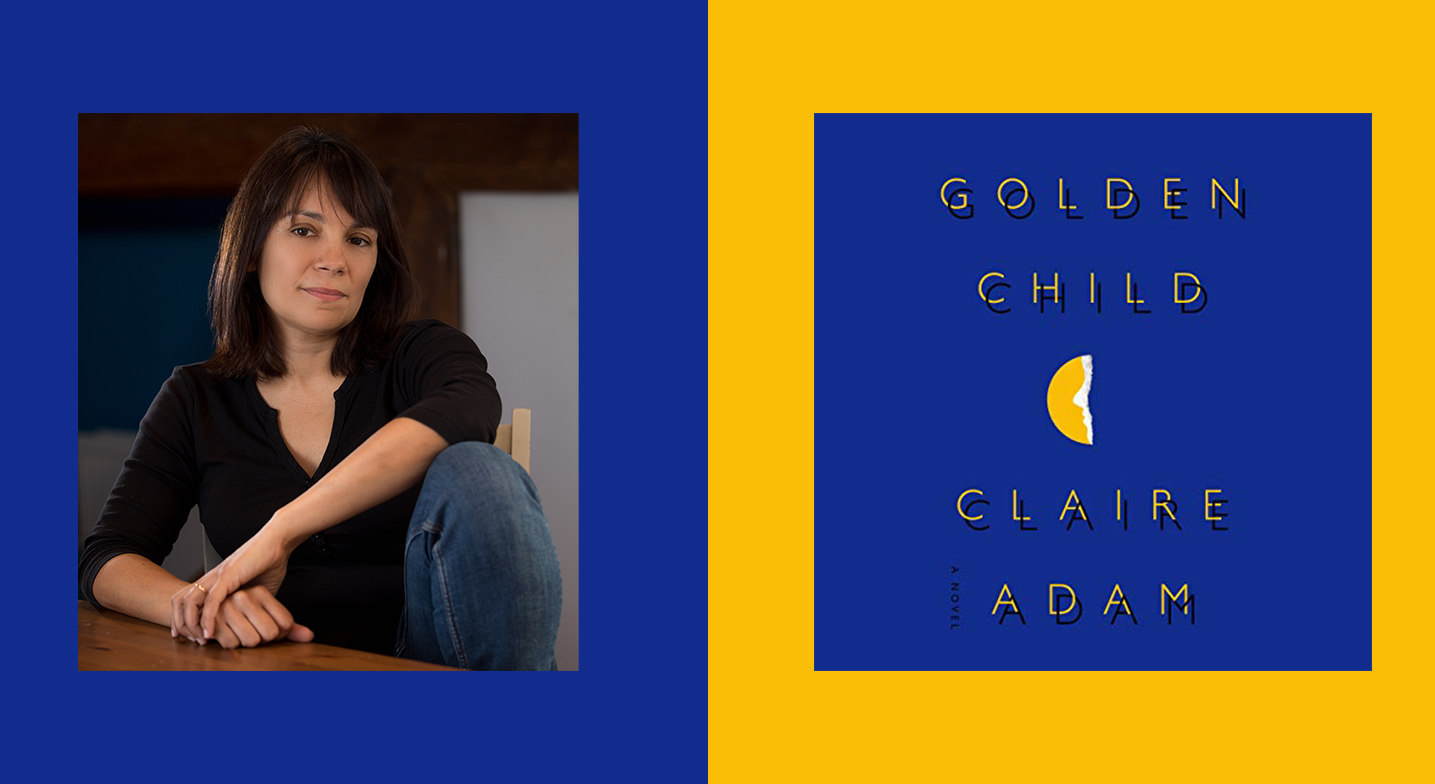 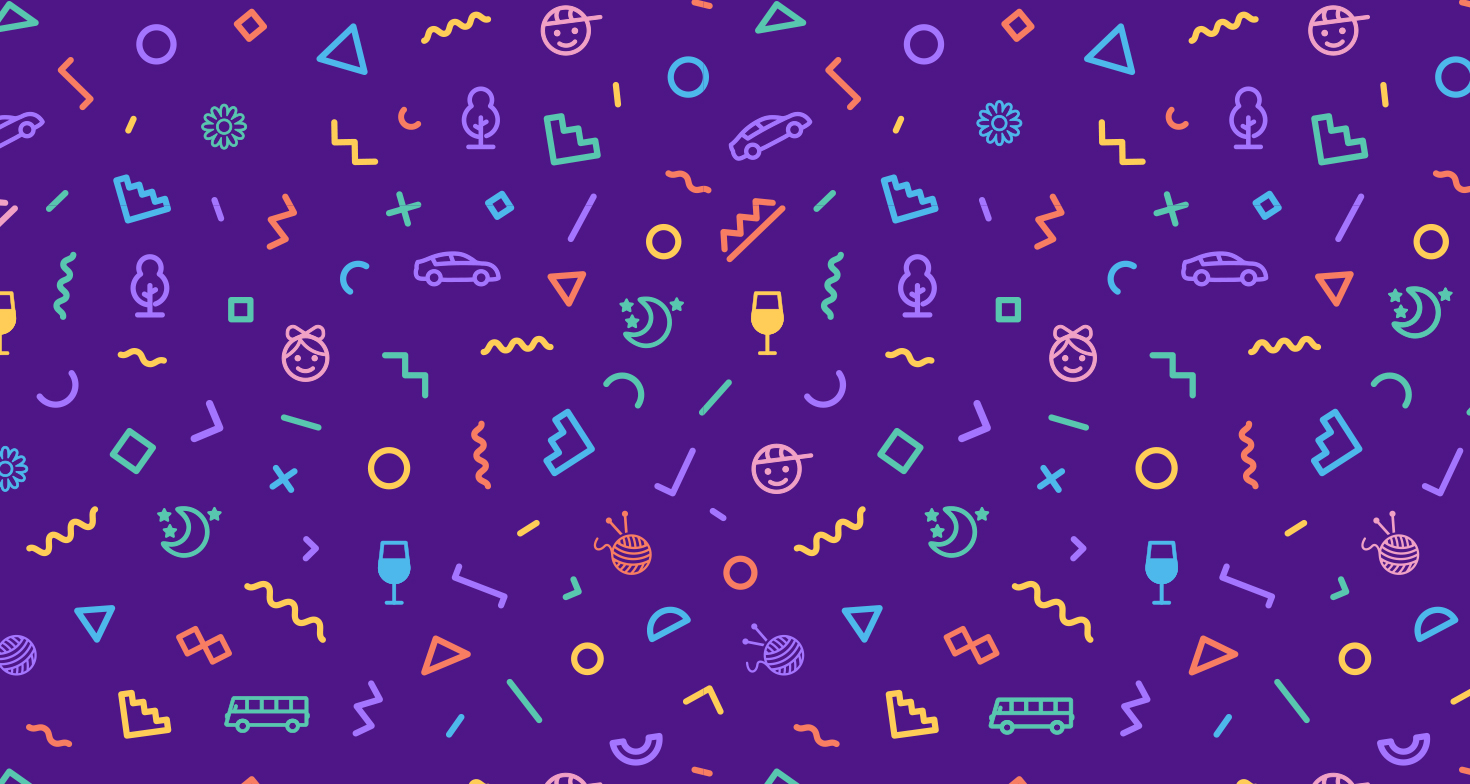