May 25, 2011, marked the end of an era: Oprah Winfrey hosted the last episode of her renowned talk show. She dedicated the finale to sharing some lessons learned over her 25-year career. “I’ve talked to nearly 30,000 people on this show, and all 30,000 had one thing in common: They all wanted validation,” she said. “They want to know: ‘Do you see me? Do you hear me? Does what I say mean anything to you?’”

In other words, Winfrey said, we all want to be heard.

Indeed, much of Winfrey’s success as a talk-show host stems from her knack for connecting with interviewees and making them feel truly heard and understood. Her talent, it turns out, may be innate. A reported introvert, Winfrey has a personality type that lends itself to superior listening skills, some experts believe. Should this hypothesis be confirmed, it has far-reaching implications for both introverts and extroverts alike.

Introverts tend to shy away from being the center of attention, and when they do talk, it’s often only after considering what they wish to say.

“One lesson we can learn from introverts is that practicing and improving your listening skills helps you in so many aspects of your life,” says Nancy Ancowitz, a career coach specializing in presentations and author of Self Promotion for Introverts. “It helps you target your audience, whether you’re speaking publicly, participating in a meeting, negotiating a sale, or relating to a friend.”

Ancowitz and others who regularly work with and study introverts suspect that good listening skills come naturally for this group. For starters, introverts tend to shy away from being the center of attention, and when they do talk, it’s often only after considering what they wish to say. “As an introvert, your listening to talking ratio is higher,”says Ancowitz. “You tend to be processing things quietly in your head as opposed to out loud, which adds noise to the conversation.”

These traits fit within the definition of a good listener. According to Laurie Helgoe, a clinical psychologist and author of Introvert Power, a good listener is one who stays neutral while seeking to understand the speaker. This means refraining from jumping to conclusions based on personal judgment, opinion, or experience, and not hijacking the conversation to be about you. A good listener is attentive and does not interrupt, but also gives cues — “I see,” “Wow,” “What was it like?” — that they are following the speaker and are engaged in what he or she has to say.

“Good listening is truly hearing what the other person has to say without putting your own layer of experience on top of it or obsessing about what you’re going to say next,” says Beth Buelow, a professional coach, author and founder of the Introvert Entrepreneur. “It’s not just waiting until they stop talking so you can start talking.”

“The best salespeople are the best listeners, not talkers … They don’t have assumptions about what the other person needs.”

While these traits are easily described, they are not easily measured or quantified. A study conducted in Iran found that introverted English-as-a-foreign-language speakers were significantly better at listening comprehension than extroverts, for example, but such results don’t get at the underlying drivers that account for that advantage.

Neuroscience offers tools to circumvent this, but no one has yet to measure brain activity in introverts versus extroverts while they were undertaking listening exercises. What we do know from past studies is that, compared to extroverts, introverts seem to experience more cortical activity in response to stimuli, which means they are processing more information. Extroverts, on the other hand, tend to experience greater stimuli in parts of the brain oriented toward reward seeking.

In terms of listening skills, Helgoe says, this may mean that introverts are more receptive to taking in what another person is telling them, and they also may be more equipped to pick up subtleties in conversation. With their focus on reward seeking, extroverts, by contrast, may unconsciously wish to steer the conversation in a positive direction, or to get involved. “I’m not saying extroverts aren’t good listeners, but in terms of the way we’re wired, introverts have the advantage,” says Helgoe. “Introverts want to take in what you’re saying, think about it and then respond, while extroverts want to engage in a back-and-forth.”

There is a potential downside for introverts: Dedicating their complete focus to what their conversation partner is saying means they might become overwhelmed should the other person never stop for a breath. “If an introvert hasn’t said something for a while, you can inquire about the silence,” says Helgoe. “Check in on what’s going on inside their head.”

Be attentive to interference from your own biases and try to ask questions rather than make statements.

Similarly, in meetings or in classrooms, introverts often get bulldozed by extroverts who dominate discussions. To get around this, when Helgoe teaches, she often asks her students at the beginning of the semester how they prefer to participate in class: by being called on, by contributing to a written blog, or by simply speaking up. “One lament I hear so often from introverts is that they get a bad grade for participation, despite having read the chapter,” she says. “There needs to be better ways to accommodate different communication styles.”

Overall, though, the implications for introverts are positive. Good listening skills are an asset for maintaining friendships and relationships, since they help us slow down and not say things we might later regret — and also benefit our friends and partners with a much-appreciated empathetic ear.

Such skills are also a boon for businesses. A study of 340 call-center representatives conducted by researchers at the University of Pennsylvania found that introverts closed more deals than extroverts over a three-month period. Ambiverts, however — those people who straddle the introvert-extrovert personality extremes — performed best of all, perhaps because of their ability to truly listen to what customers need, but also to speak up and assert themselves when the timing is right. “The best salespeople are the best listeners, not talkers,” says Buelow. “They don’t have assumptions about what the other person needs.”

As leaders, introverts may be especially cut out to showcase the strengths of creative employees who have their own ideas, since an introverted leader will seriously consider others’ ideas. An extroverted leader, on the other hand, might be better suited to guide more passive employees who require a hands-on approach. Few studies have examined the effectiveness of introverts as leaders, but at least one has produced promising results. Research conducted in Sweden revealed that introvert leaders tend to create a methodically structured workplace and listen well to their subordinates during focused, deep conversations. The findings, the authors conclude, show “that introvert traits can be as powerful as extrovert traits in leadership.”

“People want to be seen and heard, so that’s the greatest gift you can give them as a leader, businessperson, networker, or friend.”

Regardless of job position, Buelow says we can all benefit from being more introverted in our listening habits. That means putting away the phone, making eye contact with the person speaking, and giving them your exclusive attention. Be attentive to interference from your own biases and try to ask questions rather than make statements. “Ask yourself, ‘What can I learn?’ as opposed to ‘What can I tell this other person?’” says Buelow. “Base the conversation on curiosity.”

Extroverts can further keep themselves in check by waiting until the other person finishes their sentences before jumping in, Ancowitz adds, or even silently counting to three before speaking.

“People want to be seen and heard, so that’s the greatest gift you can give them as a leader, businessperson, networker, or friend,” says Buelow. “And those who shine a light on others tend to enjoy some of the light themselves.”

For more on introverts and listening, check out Audible’s interview with Susan Cain, the author of Quiet and Quiet Power: The Secret Strengths of Introverted Kids. 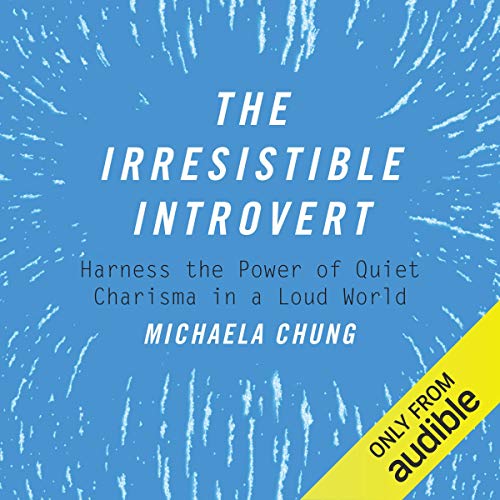 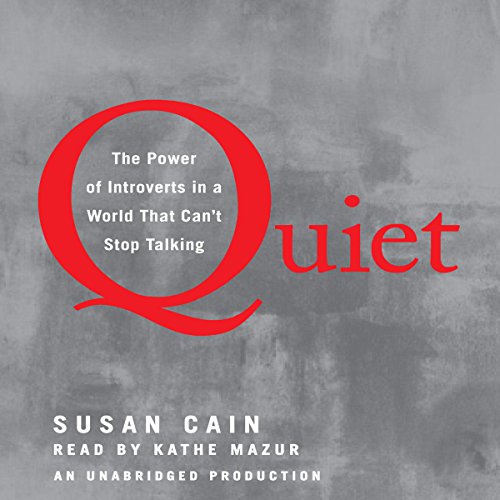 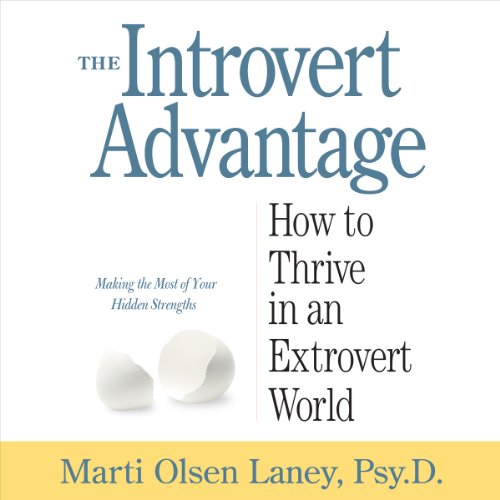