“It feels less like work and more like fun,” says Justin Cockburn about his role as a software development engineer at Audible. He points out that there’s a lot more creativity involved in coding and programming than people might think—also something of an adrenaline rush. “You break down the problem, there’s a period of uncertainty, and then a boost that comes from solving it.”

Cockburn knew early on that he wanted to be a developer. Both his parents were in STEM careers: his father earned a computer science degree after coming to the US from Jamaica, then he worked in programming in the finance industry; his mother was a chemical engineer and developer. “My siblings all work in software and programming, too,” he laughs. It was in high school, using Visual Basic to make patterns, where he first got the programming bug. He pursued software development while at the University of Pennsylvania, focusing on enterprise-level engineering and creating mobile apps.

After graduating, Cockburn followed his father’s footsteps into the finance industry, but his love of innovative customer-facing experiences made him seek out more technology-focused companies. In 2018, when the chance came to join Audible, he was thrilled. For one thing, “it was an opportunity to work on a product used by millions; one that’s fun to use.” It also meant having the best of both worlds: “We get to be cutting-edge,” he says, referring to Audible’s agile, start-up mentality, “but we’re also using secure, reliable, and robust Amazon technology. Audible has the existing infrastructure and resources to continuously learn and be part of powerful customer-facing changes.”

Cockburn completed his Amazon Web Services (AWS) training and certification with help from our internal training tools and is now working to maintain a seamless Audible experience across Kindle Fire, iOS and Android devices, and Amazon.com. It’s satisfying to feel the impact of his work, he says, “actually building the thing everyone is interacting with.”

Cockburn also feels the impact of Audible’s efforts in Newark. “It’s awesome to be part of a company that actually cares and follows through,” he says, noting that Audible’s mission to foster inclusivity and equitable opportunities extends to his experience in the workplace. At Afrotech in 2020, he appeared alongside his coworkers in a talk about our impact groups like PRIDE, Black Employee Network (BEN), Women@Audible, UNIDOS, and more, which also unite with our tech teams through Tech Allyship, an employee-led initiative at Audible. “Everyone likes to help others and make sure everyone has a voice,” he says. “It’s pretty amazing for a driven, goal-oriented company to still prioritize our humanity and well-being.”

He and fellow developers held a session for students of HBCUs as well, answering their questions about working in tech. “I wanted to offer a point of view for someone that might want to do this but wonders, ‘What does it look like?’ My dad was a software developer, but someone else may not have that up-close example.”

He has a message for anyone who may be curious about working in mobile app development—or social media, or video games—but worries they won’t be a good fit, or that it’s unachievable: “It’s not. It just takes time to learn. As long as you have a computer, you have everything you need to start coding and building something.”

Quite the Contrary, a memoir by his coworker, Audible editor Yvonne Durant, about being one of the few Black women writing ads for major brands in the ’70s and ’80s (and her love affair with Miles Davis). “Yvonne’s character just shines through,” he says. 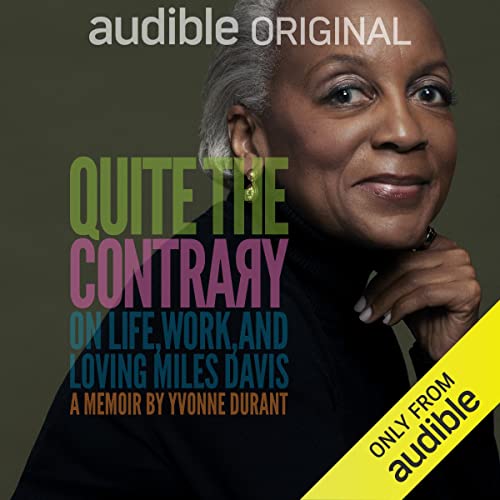 Our Sound Designers Build Whole Worlds, One Audio Effect at a Time

Breaking celery. Stomping feet. Following dogs around all day. Audible sound designers do whatever it takes to get the right effect, while advancements like 3D audio help them to create ultra-immersive experiences for listeners.

St. Jules Desir is Opening Doors for Others to Thrive at Audible

At Audible, finance manager St. Jules Desir found a work culture where he could thrive. Now he’s helping others grow successful careers with us through recruiting efforts and as co-leader of our Black Employee Network (BEN) impact group.

When Shima Osaka went from being legal counsel to country manager for Audible’s service for Japan, there wasn’t a blueprint to follow, so she forged a new path to become a stronger leader.