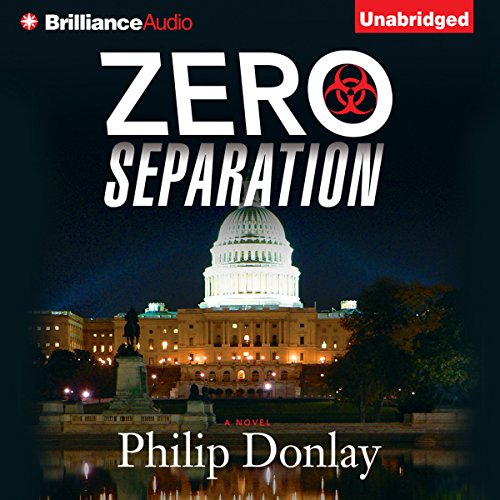 By: Philip Donlay
Narrated by: Luke Daniels
Try for $0.00

Donovan Nash has a secret he will do anything to keep. But he is the prime suspect after someone steals a 50-million-dollar executive jet, and FBI agent Veronica Montero puts him squarely in the crosshairs. As she digs, she discovers Nash’s secret — a revelation that, if made public, would stun the world.

Operating on her own agenda, Montero blackmails Nash into helping her hunt down a man she wants dead.Powerless against the information Montero holds, Nash is forced into a situation far deadlier than either could ever have imagined. The man they are after isn’t the criminal they expected, he is a terrorist with a plan to use the stolen jet to carry out an unthinkable and devastating act that could plunge America into the most heinous conflict since World War II.

When Nash and Montero are taken prisoner aboard the stolen jet, they will have only one opportunity to execute a daring midair attempt to stop the attack. Success could cost them their own lives, but failure could cost millions of innocent lives.

What listeners say about Zero Separation

Great story, performance was soap. Not too distracting though. I'd say it's probably a PG-13 rating. Pretty clean, no gratuitous violence or sex. Fast paced and keeps your attention.

Stand alone book, no cliffhanger, however reading/listening in order is best. Characters in first book are in all of the series.