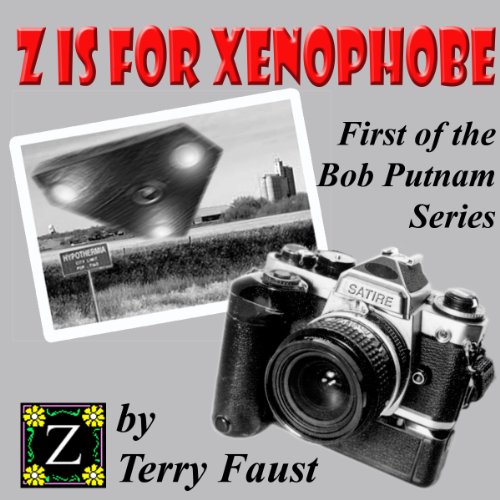 Z is for Xenophobe

Z is for Xenophobe

The small farming town of Hypothermia, Minnesota makes world news when a '62 Chevy Implala is discovered in a trailer full of grain. Government agents quickly impound the Chevy, down playing the incident. Yet when agricultural cooperative photographer Bob Putnam attempts to follow up with a story about the elevator manager who found it, he and his writer/partner uncover an unbelievable plot.

Little gray aliens are out to exploit humankind and pit the Earth against another extraterrestrial species in an interstellar war. How did the United States become the instrument of this evil pre-emptive strike against a distant planet? Why do the town's residents check newcomers' toes? Can true love blossom amidst galactic disaster? Is the abandoned Navy base outside Hypothermia really abandoned? Will the malicious gray aliens be stopped? And can toadstools with tentacles really read our thoughts? All this and more is revealed in Z is for Xenophobe.

What disappointed you about Z is for Xenophobe?

make the write up cleared that this is science fiction.