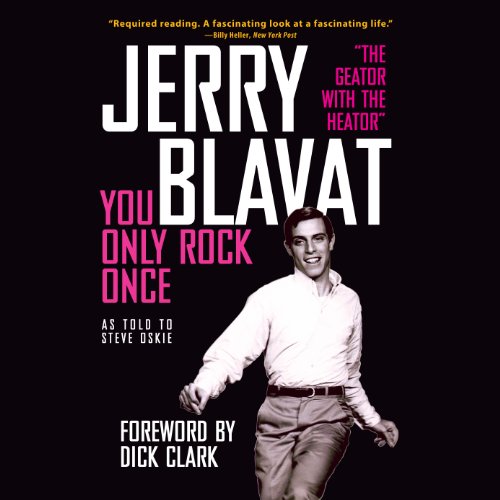 You Only Rock Once

The long-awaited autobiography of entertainment icon Jerry Blavat, You Only Rock Once is the wildly entertaining and unfiltered story of the man whose career began at the age of 13 on the TV dance show Bandstand and became a music legend. Lifelong friendships with the likes of Sammy Davis Jr. and Frank Sinatra, a controversial relationship with Philadelphia Mafia boss Angelo Bruno that resulted in a decade-long FBI investigation, and much more colors this amazing journey from the early 60s through today. Now, some 50 years after his first radio gig, Blavat puts it all in perspective in this uniquely American tale of a "little cockroach kid” borne out of the immigrant experience who lived the American Dream.

What listeners say about You Only Rock Once

The thing that would have made this absolutely awesome would have been if Jerry blavat would have narrated it himself with his iconic voice. otherwise it was very entertaining it'll cool look inside the Philadelphia music scene