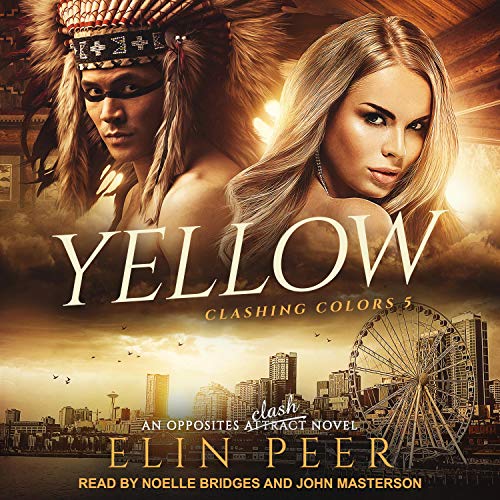 By: Elin Peer
Narrated by: Noelle Bridges,John Masterson
Try for $0.00

Twenty-six-year-old Chloe Olsson, a.k.a. movie star "Cleo", is caught in a toxic world of fans, paparazzi, and a money-hungry agent. Being the girlfriend of pop star Niko is no dream either, and his constant jealousy has caused her to go into hiding for a time.

Two weeks in the forest with famous Native American healer Onava was supposed to be a wonderful and relaxing detox. But when Onava is called away and her grandson Adam moves in to the small cabin instead, Chloe's peace is over.

Adam is rude and unimpressed by her fame. And what's worse is his ridiculous idea that she's in this mess because she doesn't know how to set her personal boundaries.

With only 11 days to teach her, he seems determined to give her plenty of opportunities to practice on him.

What listeners say about Yellow

love it thought it was different

This was a great story bridging cultural and social status chasms. The plot is cleverly developed, the characters are believably portrayed within their unique circumstances and the background story and culture of the male and female heroes is authentically researched. The female lead is immature though and her development is part of the story flow. The narration is awesome and gives all characters distinct and lively voices.