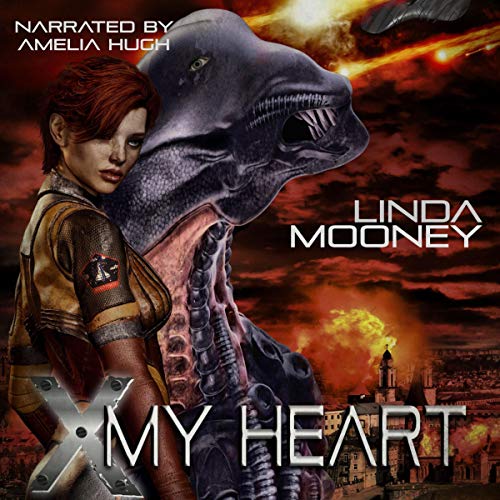 By: Linda Mooney
Narrated by: Amelia Hugh
Try for $0.00

For the past four years, the war against the invaders has raged on, with seemingly no end in sight. Cities and towns have been razed, with the majority of the population killed or forced into hiding. The military branches - what’s left of them - are joining forces against the enemy.

Lieutenant Gretchen Twoey and her squad are quickly losing hope. Supplies are limited, soldiers are becoming even more so, but the alien mechanoids are never-ending. Despite the military’s best efforts, nothing is being learned of the extraterrestrials. The mechs they do manage to kill disintegrate before they can even be studied. If the tides don’t turn soon, the world will be defeated.

When Sergeant Leif Stoddard and his men are reassigned to the 181st with Gretchen, things seem to finally be going in their favor. They were set to marry four years ago, but then, the first Medusa struck, and they were both called to arms, and it’s been an uphill battle since. Finally, they can be together...or will the war tear them apart yet again, once and for all?

The world has a choice - lie low, stay invisible, and hope the aliens leave, or stage one last battle where the winner takes all.

What listeners say about X My Heart