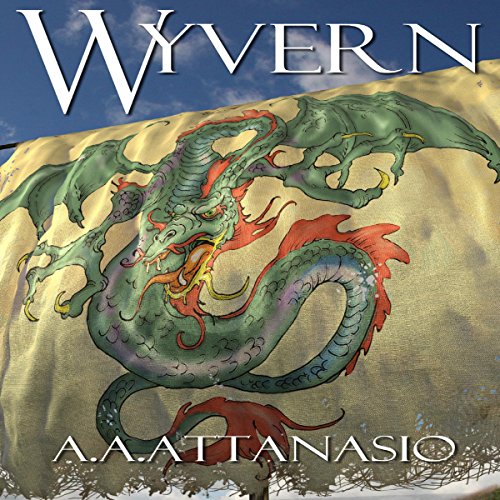 A bold escapade with a young soul-catcher from Borneo kidnapped by pirates in 1609.

Headhunters, sorcerers, pirates, and Indian princes thrive in this adventurous, poetic tale of a young outcast in Borneo. Born in 1609, son of a native woman and a Dutch sea captain he never knew, Jaki Gefjon grows up in the jungle as a sorcerer's apprentice. Later kidnapped by pirates, he befriends his captor, Trevor Pym, notorious for his dreaded man-of-war, Wyvern. The scientific marvels on the European privateer become the young soul-catcher's passion - until he falls for Lucinda, the headstrong daughter of Pym's sworn enemy. Propelled by intrigue, pirates' battles, curses and visions, this seafaring saga takes Lucinda and Jaki from the South Seas to India - and to a bold, unforeseen destiny in the New World.

What listeners say about Wyvern

Narrator didn’t get it.

I have read Wyvern several time. When they were younger and as a family we read it aloud. My four children shared the book with their friends. Everyone loved the book. However, this narrator could not capture its essence.
My hope was one day some producer would do A movie trilogy based on wyvern. However I certainly hope that none of the producers listen to this version.