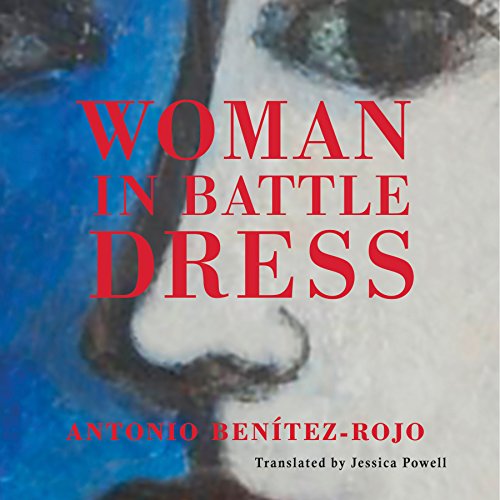 By: Antonio Benitez-Rojo
Narrated by: Robin Miles
Try for $0.00

In 1809, at the age of 18, Henriette Faber enrolled herself in medical school in Paris - and since medicine was a profession prohibited to women, she changed her name to Henri in order to matriculate. She would spend the next 15 years practicing medicine and living as a man.

Drafted to serve as a surgeon in Napoleon's army, Faber endured the horrors of the 1812 retreat across Russia. She later embarked to the Caribbean and set up a medical practice in a remote Cuban village, where she married Juana de León, an impoverished local. Three years into their marriage, de León turned Faber in to the authorities, demanding that the marriage be annulled. A sensational legal trial ensued, and Faber was stripped of her medical license, forced to dress as a woman, sentenced to prison, and ultimately sent into exile. She was last seen on a boat headed to New Orleans in 1827.

In this, his last published work, Antonio Benítez Rojo takes the outline provided by historical events and weaves a richly detailed backdrop for Faber, who becomes a vivid and complex figure grappling with the strictures of her time. Woman in Battle Dress is a sweeping, ambitious epic, in which Henriette Faber tells the story of her life, a compelling, entertaining, and ultimately triumphant tale.

"Woman in Battle Dress by Antonio Benítez-Rojo, which has been beautifully translated from the Spanish by Jessica Ernst Powell, is the extraordinary account of an extraordinary person. Benítez-Rojo blows great gusts of fascinating fictional wind onto the all but forgotten embers of the actual Henriette Faber, and this blazing tale of her adventures as a military surgeon and a husband and about a hundred other fascinating things is both something we want and need to hear." (Laird Hunt, author of Neverhome)
"A picaresque novel starring an adventurous heroine, who caroms from country to country around the expanding Napoleonic empire, hooking up with a dazzling array of men (and women) as she goes. A wild ride!" (Carmen Boullosa, author of Texas: The Great Theft)
"As detailed as any work of history and as action filled as any swashbuckler, Woman in Battle Dress is not only Antonio Benítez Rojo's last and most ambitious book, but also his masterpiece. In this graceful English translation of Henriette Faber's autobiography - more than fiction, less than fact - American readers will have access to one of the most engaging novels to come out of Latin America in recent years." (Gustavo Pérez-Firmat, Columbia University)

What listeners say about Woman in Battle Dress

A Tale Worthy of Dumas

Even though it's based on true events, this story is fantastic; cross dressing, conscription, love, and capture. In Henriette we have a heroine worthy of Dumas. Yet in her ability to reflect and adapt, she's a modern character.

In addition to the nail biting narrative, "Woman in Battle Dress" is beautifully written, with a lyrical and fresh translation that laid me out: "What they know of you in New Orleans is nothing but secondhand gossip spread by travelers from Havana; rumors repeated by sailors and merchants who, hoping to amaze their listeners, turn evrey drizzle into a downpour, every chicken's death into a horrifying murder."

Most impressive of all is the jaw-dropping performance by Audie winner Robin Miles. Warm, sure, and clear, with a complete mastery of the century-spanning Afro-Cuban and European dialects and languages. She's a born storyteller.