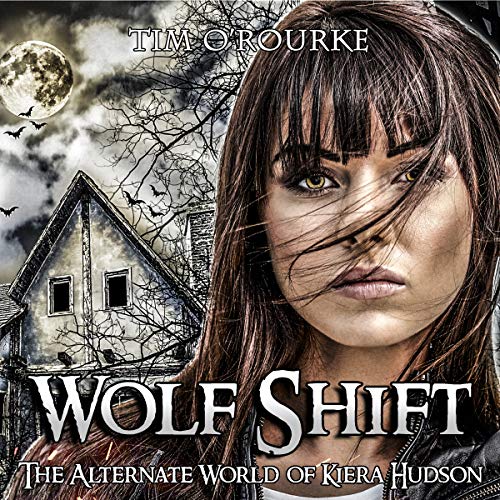 When 20-year-old police recruit Kiera Hudson sets off to the remote town of Ripper Falls, in search of her missing brother, her life is changed forever. But when Kiera's life collides into a stranger, she finds herself tangled up in a world unlike anything she has even known.

Even though Kiera has no intention of getting involved in anything supernatural, she soon discovers that she has her own unique gift - a gift that has been lurking just beneath her skin.

It soon becomes clear to Kiera that she and a complete stranger share something special - even if this stranger isn't human. But falling for a werewolf is the least of Kiera's problems when she discovers the truth about her brother and the killings that have been taking place in Ripper Falls.

Wolf Shift - A heart-thumping adventure for existing fans of Kiera Hudson and for those new to her supernatural world.

What listeners say about Wolf Shift: The Alternate World of Kiera Hudson

I lived this audio book and the narrator's telling whi h kept me on the edge of my briches; more please!