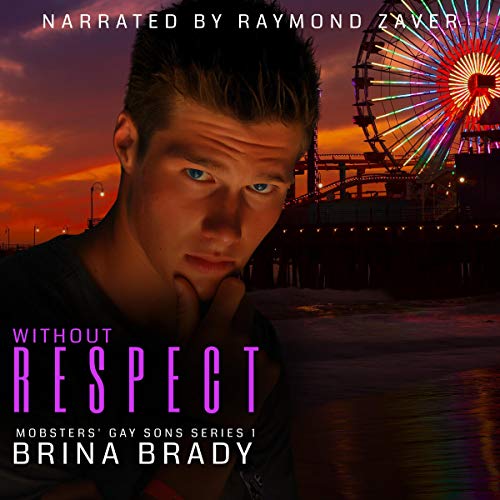 By: Brina Brady
Narrated by: Raymond Zaver
Try for $0.00

An Italian mobster raises three sons, but Sal’s youngest son, Benito Banetti, is gay. His father would never permit Ben to be in an openly gay relationship. But Ben intends to change that when he finds the man he wants. When it turns out the man Ben’s been seeing is a Banetti family enemy, his father gives him an ultimatum. Either he marries his cousin and all is forgotten, or if he chooses to be with Mishka Chernov, a Russian mobster, he will disown him.

Mishka Chernov took over his family’s business out of love and respect for his father; however, he has come to realize he isn’t suitable for this top position in the family. Mishka meets a beautiful man at a sleazy bar, and when he finds out who this man is, he still wants him regardless of the problems Ben Banetti would cause his family’s business. Mishka wants the same freedom and separation from family business that Ben has.

What listeners say about Without Respect

I loved this book. Raymond Zaver brings the story to life and makes you fall in love with the characters. It really highlights fight for what you want and who you love. And ditch the one who wont accept you for you no matter how much it hurts.