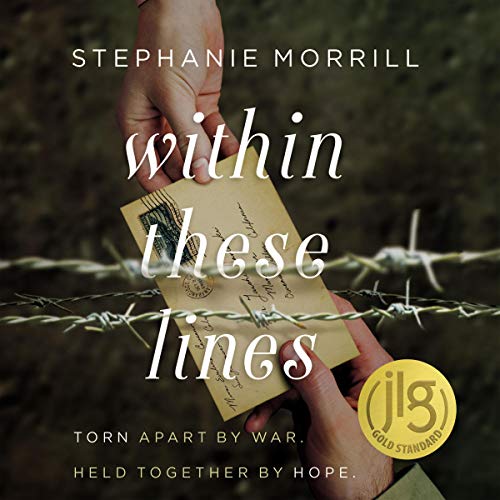 By: Stephanie Morrill
Narrated by: Andrew Kanies,Morgan Fairbanks
Try for $0.00

“Within These Lines is a moving story of love, hope, and family set against the dark history of Japanese internment in America. This book had me captivated!” (Maureen McQuerry, YALSA award-winning author of The Peculiars)

Evalina Cassano’s life in an Italian-American family in 1941 is quiet and ordinary … until she falls in love with Taichi Hamasaki, the son of Japanese immigrants. Despite the scandal it would cause and the fact that interracial marriage is illegal in California, Evalina and Taichi vow they will find a way to be together. But anti-Japanese feelings erupt across the country after the attack on Pearl Harbor, and Taichi and his family are forced to give up their farm and are incarcerated in a Japanese internment camp.

Degrading treatment at Manzanar Relocation Center is so difficult, Taichi doubts he will ever leave the camp alive. Treasured letters from Evalina are his sole connection to the outside world. Embracing the boldest action she can to help Taichi, Evalina begins to radically speak out at school and at home, shining a light on this dark and shameful racial injustice.

With their future together on the line, Evalina and Taichi can only hold true to their values and believe in their love against all odds to have any hope of making it back to one another.

Within These Lines is:

What listeners say about Within These Lines

This is definitely a must to read. It made me look up history and realize the sad truth. This shows how one can persevere through hardship.
Thanks to all involved in this book and audio.

compelling and honest story; I couldn't get enough. I plan to read with 8th graders.