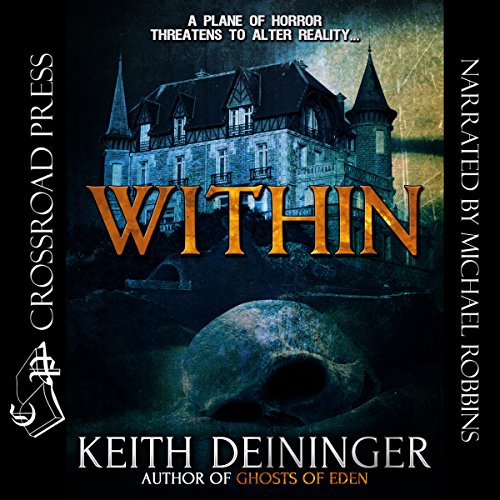 By: Keith Deininger
Narrated by: Michael Robbins
Try for $0.00

Something’s wrong in the eclectic mountain town of Mesa Rapids. Something’s always been wrong. Sometimes its citizens behave in strange ways - sometimes to the point of violence....

When the wealthy and enigmatic art collector Harold Klimt moves into the long dilapidated house known as the Upshaw Mansion, most don’t think twice about it. But when Mr. Klimt begins to throw lavish parties for the town’s elite, Colin Thorne - a young, aspiring artist still grieving over the recent death of his childhood friend - sneaks inside the house to explore, suspicious something's wrong.

What he finds are the buried secrets of a town with a troubled history and something else...a plane of horror so vast that it threatens to alter reality.

Soon after that, Mr. Klimt offers Colin a job - painting a mural in the basement of the Upshaw Mansion. As Colin becomes more and more obsessed with the dark vision he is creating, the horror begins to bubble to the surface of not only his psyche, but the entire town.

What listeners say about Within