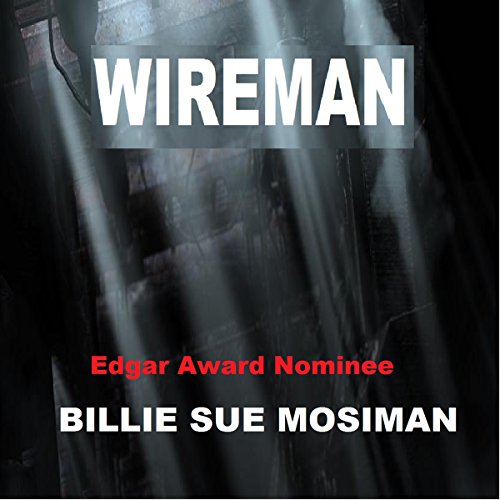 By: Billie Sue Mosiman
Narrated by: Daniel Dorse
Try for $0.00

He waits in the shadows, a dark and deadly presence. And with each new killing he becomes less human and more vicious. He stands patiently, a wire garrote in his hands, ready to claim another victim. Soon he will have one more to add to his growing list of victims unless they can stop him. But how can they stop him when they don't know who he is? Or what he is? To a terrified city he was known only as the Wireman.

Set in the 1970s, two brothers return from the Vietnam war with blood on their hands. Learning to kill the enemy wasn't something that would go away when they returned home to Houston, Texas. Could one of them be the serial killer, Wireman? Could the other stop him?

Loosely based on true crimes that occurred in Houston, Texas in 1978-80.

What listeners say about Wireman

Brutal, I liked it

I'm not usually a massive fan of the deranged killer type book, but with Mosiman's Wireman there were other elements in play which made the book a lot more attractive than one I would otherwise pass by without a backwards glance.

Here we have a tale which starts in the 60s in Texas and a couple of brothers growing up pretty wild, the product of childhood neglect - father gone, mother feckless. Boys will be boys, small animals disappear and die painfully. One leads, the other follows. Escalation. A war comes along and offers a legitimate outlet for cruelty, deviance and violence. Small animals are replaced by the enemy. A breakdown follows. Rotation back to the States and after some treatment, the brothers are re-united in civilian life.

I liked the growing up elements, the small town life, the outsider elements, the trauma, the brotherly bond, though it becomes clear early on that the empathy and control buttons are missing from the older brother. I enjoyed the Vietnam combat chapters..... the fear, the danger, the action, the togetherness of the two young men and also the do what you need to do to get through mentality. It's fair to say they both come out of the war damaged, arguably at least one of them went into the service pretty broken already.

Civilian life, the killings start, or more factually just continue. The brothers live together. One tries to forge a normal relationship with a woman but the other is jealous and scuppers it. The narrative expands to include a wider cast of characters, with a young boy as a victim and his bereft policeman father trying to help with a manhunt while hopelessly cut adrift from anything sane and normal.

Investigation, more murders, cat and mouse, a chase, an outcome.

I enjoyed this one a lot, though I was quite surprised at the brutality on display, particularly from a female author. (Should I be? Is it sexist to assume that women don't do graphic, visceral violence?)

Enjoyable storyline, great time frame and settings - 60 and 70s, Texas and Vietnam. Interesting characters - ones who you could empathise with and share their pain at mistreatment and abuse, but ultimately loathe because of their actions. It does beg the question whether people turn out how they do through nature or nurture.

This was my first time reading Billie Sue Mosiman, but it won't be my last.

a little harrowing to start off but on the whole it was a fantastic audiobook from the pen of Billie Sue Mosiman and narrated superbly, as always, by Daniel Dorse xxxxx