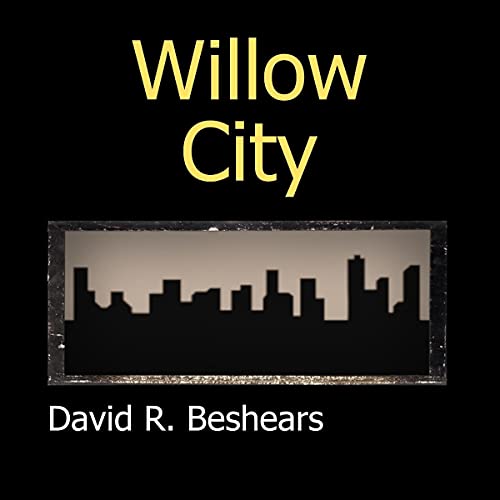 A soldier returns home to the damp, gray streets of Willow City to search for his missing brother. Willow City, one of the eight authoritarian city-states of the Federation. Willow City, a world of dark secrets and shadowy characters.

Dystopian science fiction in an atmosphere of black and white '50s film noir.

Willow City is one of eight city-states that make up the Federation, a group of loosely aligned authoritarian municipalities that operate autonomously...within Federation guidelines.

The city-state of Willow City is held in the tight grip of City Hall, and the mayor will do anything to ensure the dark, damp streets of Willow City never see Federation boots.

Hidden in the shadows of the city-state are ever-shadowy characters living day-to-day, surviving as best they can under the watchful gaze of City Hall.

Alan Thornton returns home to Willow City to search for his brother, recently gone missing. His search takes him into the dark alleys and smoky nightclubs of the city, and very few of the shadowy characters existing there appear glad to see him.

The Willow City novella is adapted from the science fiction/film noir screenplay and is available in print, large print, and ebook.

What listeners say about Willow City

An interesting and unusual story brought to life by the narration of Joe DeStio! Thought I’m not typically drawn to science fiction or dystopian stories, I thoroughly enjoyed this narration on Audible. The varied voices made it easier to keep track of a large cast of characters. Moments that may have been slower on paper we’re filled with anticipation of what we might learn next about this society. Though I left the story with many unanswered questions about the date of the characters and Willow City, I was disappointed that the experience of listening had come to an end. Recommend on Audible!

I received a promotional copy of this narration, but all thoughts and opinions are my own.

My husband, Dave, and I loved listening to Joe Destio read the Willow City plot! Whenever Joe voices Pitt football and basketball, or a news story on the historic KDKA AM Radio 1020, we’re entertained. Here on Audible, Joe weaves a compelling mystery into audio format with his ever-distinctive voice but with a style specifically matched to making meaning through THIS BOOK!

Throughout Beshears’ novella, Joe distinguishes the author’s repetitive words and passages with matched style every time. For example, the author marks time descriptively in scenes over coffee and food. Beshears uses this repetition that might lull the listener, but it doesn’t because of Joe’s delivery. He draws us listeners in with anticipation of how THIS scene will unfold, including how THIS exchange will thicken the plot.

Joe taps his acting talents in reading aloud, and brings individual characters to life through a chosen voice. His tone is consistent for every utterance made by players such as Brookes. As we listened to exchanges in Joe’s read-aloud, we often responded out loud too, like spontaneously chuckling or even gasping audibly.

Joe builds the compelling mystery storyline and keeps the flow for alert listeners. His reading pace aids comprehension, and his voice invites listeners back for more — chapter after chapter! We await Book #2! You will too!