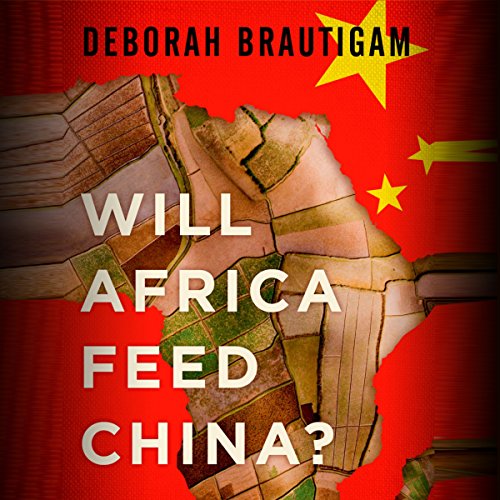 By: Deborah Brautigam
Narrated by: Andi Arndt
Try for $0.00

Is China building a new empire in rural Africa? Over the past decade, China's meteoric rise on the continent has raised a drumbeat of alarm. China has nine percent of the world's arable land, six percent of its water, and over 20 percent of its people. Africa's savannahs and river basins host the planet's largest expanses of underutilized land and water. Few topics are as controversial and emotionally charged as the belief that the Chinese government is aggressively buying up huge tracts of prime African land to grow food to ship back to China.

In Will Africa Feed China?, Deborah Brautigam, one of the world's leading experts on China and Africa, probes the myths and realities behind the media headlines. Her careful research challenges the conventional wisdom; as she shows, Chinese farming investments are in fact surprisingly limited, and land acquisitions modest. Defying expectations, China actually exports more food to Africa than it imports. Is this picture likely to change? African governments are pushing hard for foreign capital, and China is building a portfolio of tools to allow its agribusiness firms to "go global". International concerns about "land grabbing" are well-justified. Yet to feed its own growing population, rural Africa must move from subsistence to commercial agriculture. What role will China play?

Moving from the halls of power in Beijing to remote irrigated rice paddies of Africa, Will Africa Feed China? introduces the people and the politics that will shape the future of this engagement: the state-owned Chinese agribusiness firms that pioneered African farming in the 1960s and the entrepreneurial private investors who followed them. Their fascinating stories, and those of the African farmers and officials who are their counterparts, ground Brautigam's deeply informative, deftly balanced reporting.

What listeners say about Will Africa Feed China?

This is a very good book. It cleared up, for me a lot of misinformation about China, in Africa.