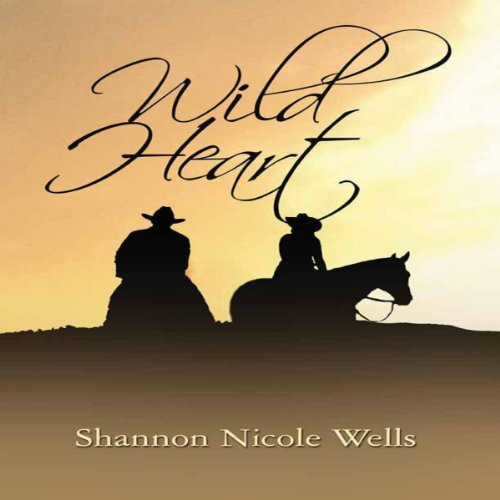 Gage Colton, ex-gunman turned Christian, is searching for the man who killed his father. After witnessing a gunfight in Tombstone, he feels God urging him to change his plans. If he obeys the Holy Spirit, it may cost him dearly; possibly even his life.

Shewana Christy, a young Cheyenne woman, is bent on revenge, in the hope that it will finally bring peace, something she has not known in a long time. She has already avenged her mother's death and is looking for her father's murderer, when she is kidnapped at gunpoint and forced to hit the trail in the middle of the night. With a posse in hot pursuit behind them, unknown dangers lurking ahead, and constant friction between them, will Gage and Shewana find what they were looking for, or will they answer that still, small voice of God, leading them in another direction?

What listeners say about Wild Heart

Love and family ties in the Old West

Would you listen to Wild Heart again? Why?

I'll listen to Wild Heart again because of the storyline and narration. It captured the feel of the Old West, while putting a Christian perspective on the events happening to the characters as they deal with their own personal trials.

What other book might you compare Wild Heart to and why?

Wild Heart had many facets to it. Historical, Christian oriented, drama, romance.I liked the Old West feel to it. I think it had it's own individuality.

What about W. B. Ward’s performance did you like?

W.B.Ward has a way of making each character unique in the way he voices them. Male, female, young, old, good guys and bad guys. He is an excellent narrator that brings the story to life.

I'm not sure what the tag line would be, but this would make a great Lifetime movie.

This is a great story of friends, family, and redemption. I felt it was well written, the way it captured the time period. W.B.Ward is an excellent narrator which made this book a pleasure to listen to.

A wonderful story about the importance of family Looking forward to more. Good work, Shannon!