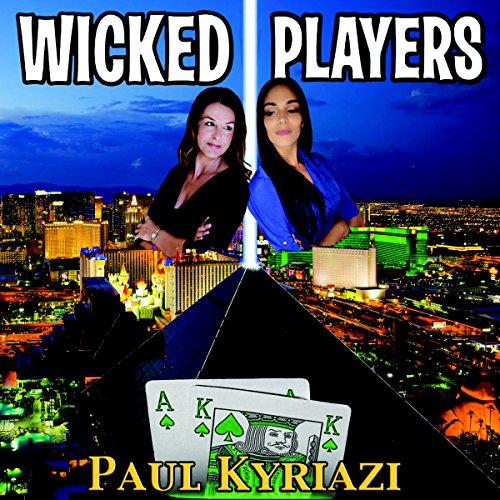 Thirty-eight-year-old Julia Rivera loves her young boyfriend, Robert. He loves living the high life with her. But when her money runs out and the glamorous trips end, he walks out on her. Soon after, Julia runs into her old friend Vicki Hawkins, who's now dealing blackjack in Las Vegas. Vicki also needs money and has a plan to scam a casino, so she invites Julia to go partners with her. The two women descend into a terrorizing situation where Julia's dubious past survival skills are put to the test.

Paul Kyriazi is the writer/director of six feature films including Omega Cop. He's directed 22 movie stars in his films and full-cast audio productions. His previous audio productions are McKnight's Memory, Rock Star Rising, and the success seminar How to Live the James Bond Lifestyle, also available as an ebook.

This book belongs on the big screen.

I wish I could give books more than 5 stars across the board.

Don't let the short length deceive you - you're getting an action-packed suspense novel with twists and turns that come at you fast and furious that even the harshest critics should find satisfying.

This audio book achieves in 2 hours what most struggle to do in 10.

Treat yourself to a short novel that makes the most of every minute with astonishing attention to detail that transports you from San Francisco to Las Vegas and back that delivers a "you are there" feeling.

I salute the author's nod to James Bond with the gun-under-the-pillow thing.

If you pass on this book you're missing out.