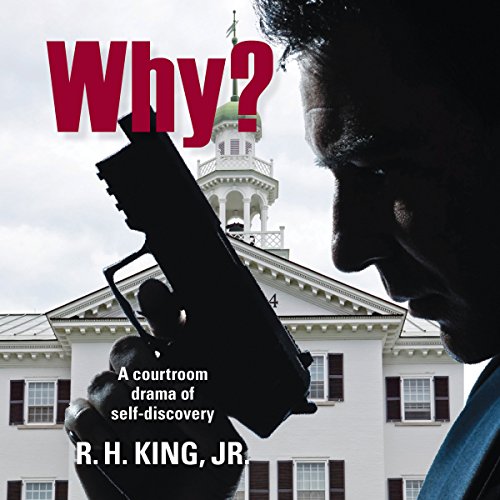 Dartmouth professor Dan Jackson did not want to murder his students. Yet, when he finds two pistols perched on top of the mid-term exams in his briefcase, he cannot resist the impulse to pull out the guns and start shooting. Now Dan struggles to find the answer to the question that haunts him: why did he kill 15 of his students? Dan’s search for the answer must be pursued through his defense to the criminal charges and possible death penalty.

However, his grizzled, pony-tailed lawyer does not want to know why Dan shot his students - he wants to use Dan's ignorance as the basis for an insanity defense. That defense opens the door for prosecution and defense psychiatrists to probe for the answer in Dan’s troubled past, with seemingly inconclusive results. Dan still holds out hope that the answer will be revealed during a trial that is filled with surprise testimony and withering cross-examinations. But if the answer is discovered, will it provide Dan with the solace he desires?

What listeners say about Why?

If you need a laugh

Who would have thought that the shooting of 15 people would be a novel that would cause you to laugh? The stilted dialogue, the grating nasal voice of the reader, the absurd use of adverbs, “he lept out of his seat, Mr Johnson mounted the the witness”, the silly ending and the “lesson the reader is ‘supposed to get from the trial make this novel a one star..don’t waste your time

Would recommend this book to anyone that likes a drama with a twist. I has all the elements that a good drama should contain.. suspense and mystery

Kept me interested all the way through with unexpected twists and turns.

Would absolutely love to see this book turned into a movie..

The narration could have been a little better, but enjoyable it all the same.

Would you consider the audio edition of Why? to be better than the print version?

I did not read the print version so not sure if the audio is better than print. I like audio books as I can listen to them while driving or doing other tasks around the house.

kept my interest, I do not want to write too much here or it may give the story away. Well written, easy to understand and I wanted to know "Why" too :)

From the murderer's perspective

Irritating narration and ridiculous story line. Waste of time. Just can't believe I saw it through to the end.