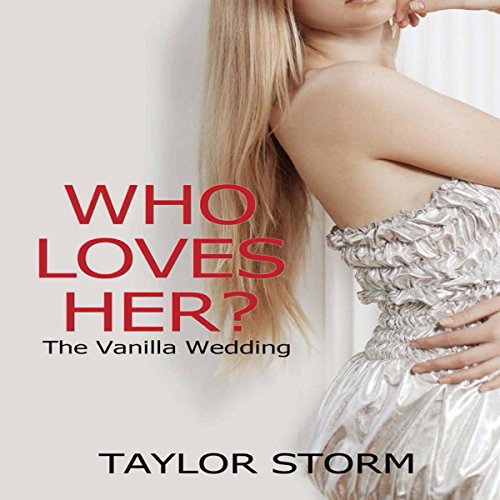 Who Loves Her?: The Vanilla Wedding

Who Loves Her?: The Vanilla Wedding

With her doctor's encouragement, Susan writes her story to find acceptance and peace over the loss of her husband. She is working at her uncle's motel in a small Midwestern town, where she has a lot of time to write and where she imagines all sorts of things. She begins categorizing people as vanilla, strawberry, or lemon people.

Her story began when she met Harris, and they planned on getting married.

Susan's girlfriends and her sister, Anna, were trying to get things together early that morning for the wedding in the afternoon. The dress hadn't arrived yet, and Susan was getting nervous. The girlfriends, the sister, and Susan were going to take a trip into the city to pick the dress up along with some flowers. The dress wasn't ready, so Susan quickly looked around and found another dress, almost like the original one, and said that it would have to do. She took it and ran out, thinking her sister-in-law could do any quick, last-minute alterations.

Being followed, mimicked by a band, getting lost, losing her checkbook, and other mishaps had Susan wondering why she was going to marry Harris. She loved Bob, who accepted her crazy, bitchy, off-the-wall ways.

Susan's story became quite confused, as she was confused. She did end up with Bob but for only a short while, as he was in an accident after a short-lived marriage. Harris, on the other hand, seemed to be playing Susan for an idiot and had his friends in on the game.

What listeners say about Who Loves Her?: The Vanilla Wedding

"This audiobook was provided by the author, narrator, or publisher at no cost in exchange for an unbiased review courtesy of AudiobookBlast dot com." Could not get into this story. I think it was the narrator.

The synopsis is misleading.

I don't know what I expected when I picked this book up, but it didn't fall into the thriller/mystery genre. I thought this would be a fairly traditional romance love-triangle, but things went askew pretty quickly and we are thrown into this mystery of where the husband-to-be disappeared to and find out all the terrible things he's done. For the most part this is okay, but the synopsis is misleading.

I don't say this often, but I think the audio version did a disservice to the book. The narrator read the sentences with the wrong cadence and an odd pacing. There was almost no emotion so the sentences came off staccato and flat. It made the characters feel dull and lifeless. Plus, the switching of POVs from present and Susan's writing was abrupt every time and a bit confusing.