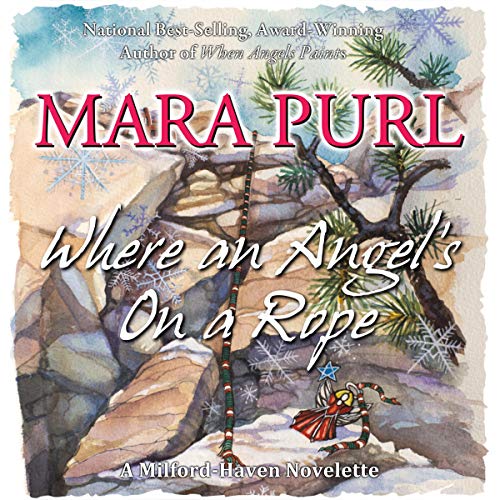 Where an Angel's on a Rope

Where an Angel's on a Rope is a holiday story that first freezes your fingers and toes, then warms them. The rugged beauty of the Angeles National Forest, the Angeles Crest carving through the San Gabriel Mountains, the heights of Mt. Baden Powell, and the peril of being trapped in a sudden winter storm - can an intuition save a man’s life?

Astronomer and competent mountain climber Cornelius Smith depends upon his intelligence for both his career and his hobby. Never before has he faced a situation where logical steps couldn’t be followed to an inevitable conclusion.

But just two days before Christmas, it’s going to take more than logic to get him off the sheer rock face where he can neither climb out, nor slide down.

Though his own brand of spiritual awareness has, sometimes, appeared over his mental horizon, he wouldn’t call himself religious. Yet, how can he explain the persistent image of a tiny angel that seems to hover over him on the mountain? And what will he do with the illogical intuition that won’t leave him alone?

Though this audiobook stands alone, it also extends the Milford-Haven novels, the critically acclaimed, best-selling series of a a multigenerational saga. Based on Purl’s BBC Radio drama Milford-Haven, U.S.A.

What listeners say about Where an Angel's on a Rope