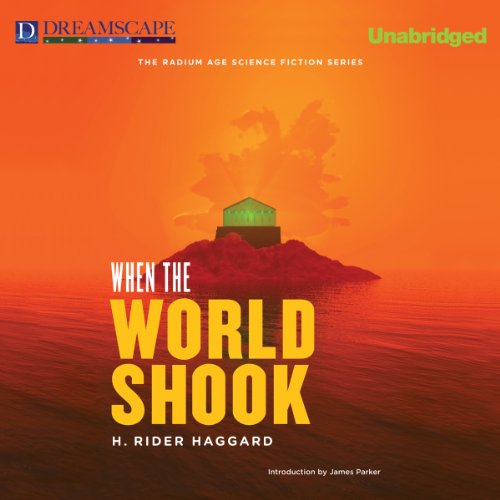 When the World Shook

By: H. Rider Haggard
Narrated by: Michael Page
Try for $0.00

When three adventurers, Bastin, Bickley, and Arbuthnot, are marooned on a South Sea island, they discover an ancient crystal sepulchre. Inside are two Atlanteans who have been in a state of suspended animation for 250,000 years! One of the awakened sleepers, Lord Oro, is the last of the Sons of Wisdom, a superior race who'd relied on their advanced technology to subjugate the planet's lesser peoples. The other Atlantean is Oro's daughter, Yva, heiress the title of Queen of the Earth. Unimpressed with the state of the world in the early 20th century, Oro sets out to do what he's apparently done once before: use a colossal gyroscope to drown the planet, and restart the course of human history.

"If this is pulp fiction it's high pulp: a Wagnerian opera of an adventure tale, a B-movie humanist apocalypse and chivalric romance." (Lydia Millet)

What listeners say about When the World Shook

the adventures of Allen Quartermain and his various sidekicks being both exciting and amusing...but When the World Shook is way off the mark...as if the author didn’t really have an adventure to relate or characters to develop, so, instead, he decided to embark on a hackneyed, lost world absurdity...drifting from one eye rolling anecdote to the other. Oh well. The author is still a master of his genre, this just isn’t an example.

Where does When the World Shook rank among all the audiobooks you’ve listened to so far?

It is on par with other fine audio products.

That is was a continuation of Haggard's lost world genre, and had much the same flavor as "She"

A great adaption, with excellent voice acting. A must-listen-to for any fan of 19th century adventure literature.