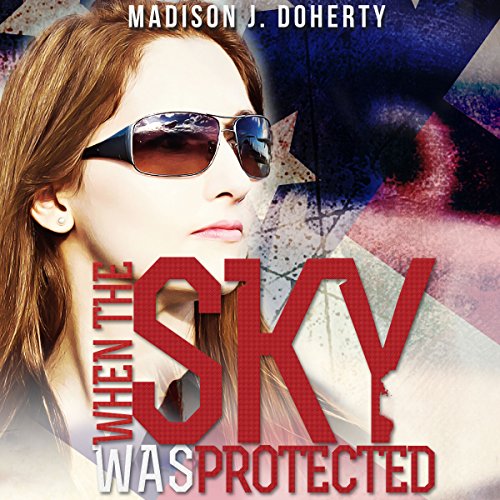 When the Sky Was Protected

When the Sky Was Protected

Grace Bryant has no idea that her last flight as a Federal Air Marshal will be hijacked by terrorists.

Eight hours away from a desk job, Federal Air Marshal Grace Bryant has never had to put her life on the line or take anyone else's. Yet if Grace is going to get off this hijacked plane alive, she will have to use everything she's ever learned.

The bloody, traumatic terrorist attack is far from the end of the story, though. Back on the ground, Grace cannot rest till she has pursued the many loose ends that the incident left hanging, including the bizarre death of another Federal Air Marshal on the flight. All is definitely not as it appeared to be, even to those who, like her, were there. Faced with limited facts and obstruction from her higher-ups, Graces pushes for the truth even as her life careens to the edge of insanity through post-traumatic stress disorder. Through it all, with the support of family, friends, and loyal colleagues, Grace discovers the truth behind what happened in the sky that momentous day and uncovers who is really responsible.

should have let a professional read it

no. this was a great idea, but the writing was so pedantic and the narrator's voice was so boring.

Has When the Sky Was Protected turned you off from other books in this genre?

no. I've read some really great protection/security type books which were so much better that I hesitate to place this book in the same genre.

Would you be willing to try another one of Madison J. Doherty’s performances?

no. The author's voice was so pedantic and lacked emotion and at times the pronunciation was strange or off.

If you could play editor, what scene or scenes would you have cut from When the Sky Was Protected?

too much time and date stated before each chapter. The reader knows this is taking place on a plane and the repetition of each time is not necessary.