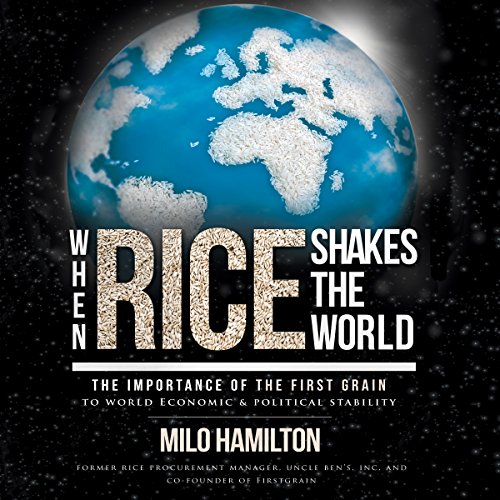 When Rice Shakes the World

For millennia, rice has sealed the fate of dynasties and kingdoms in Asia, but has only remained a cultural curiosity to Western financial markets.

Today the food and agricultural markets of India and China are in motion. The history of agricultural change is littered with hunger, poverty, and failure. Will that curse pass itself on to this Asian generation? Or is there a brighter future ahead of us?

Now China is rapidly becoming the wealthiest country in the world. China's water shortages and its rice market are fault lines that finger their way beneath the surface of the world economy. These fault lines are sending out tremors that could shake the entire world in the next few years.

Rice is the social cement of Asia and the rice farms of Asia may crack that ancient cement. This audiobook explains the ancient yet curiously modern story of rice that binds feudal farms to the new super cities across China.

At the center of this story is the rice farmer, whose backbreaking labor feeds millions. In the next 15 years, millions of farmers must transition from landless serfs into modern business people skilled in all the technologies and versed in market risk. The rice world lies on the dark side of this digital Earth. But that world is turning rapidly toward the light.

What listeners say about When Rice Shakes the World

Really well written and thorough. If you’re in the business of rice this is a must read!