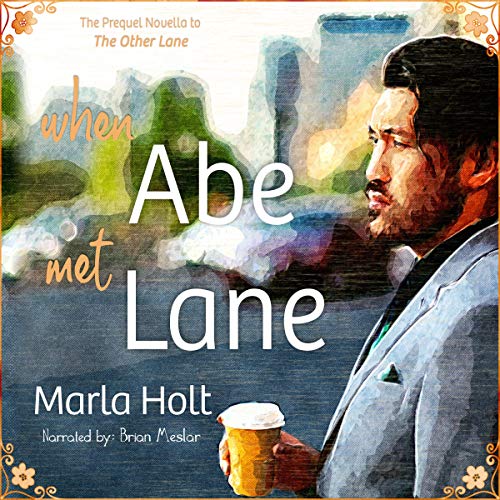 By: Marla Holt
Narrated by: Brian Meslar
Try for $0.00

He wasn’t supposed to think about her.

He shouldn’t even remember her.

But ever since Abe Fujikawa visited Cristo’s Coffee, he can’t get the beautiful barista out of his head.

At 42, he’s too old to date someone in her 20s. She wouldn’t be interested in him anyway. Abe has too much baggage left over from his sham of a first marriage. Someone so free and young and unburdened wouldn’t want to take on a middle-aged man and his teenage daughter.

But none of that stops Abe from returning to Cristo’s, hoping that he’ll be the one man out of her many admirers that Lane admires back.

This novella was written as prequel to The Other Lane, but can be enjoyed as a standalone story. When listened to in conjunction with The Other Lane, it adds depth and understanding to Abe’s character.

What listeners say about When Abe Met Lane

a tantalizing prequel for the continuation. packed with anticipation, hope, despair & of course romance.

This had me SO excited to read the full novel. Holy has a way with anticipation and emotions that’s addicting! Love her writing and this prequel!

A good lead into the main story