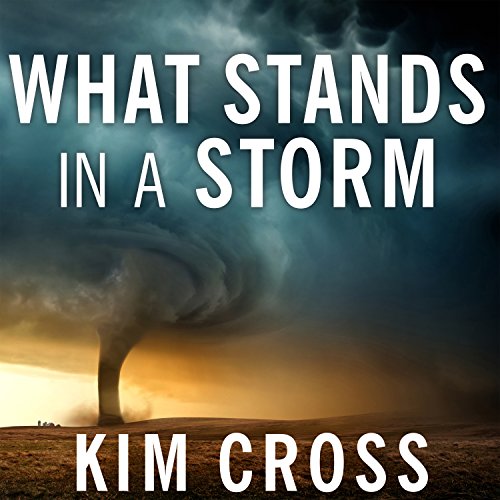 What Stands in a Storm

By: Kim Cross
Narrated by: Tracy Brunjes
Try for $0.00

April 27, 2011, marked the climax of a superstorm that saw a record 358 tornadoes rip through 21 states in 3 days, 7 hours, and 18 minutes. It was the deadliest day of the biggest tornado outbreak in recorded history, which saw 348 people killed, entire neighborhoods erased, and $11 billion in damage. But from the terrible destruction emerged everyday heroes, neighbors, and strangers who rescued each other from hell on earth.

With powerful emotion and gripping detail, Kim Cross weaves together the heart-wrenching stories of several characters - including three college students, a celebrity weatherman, and a team of hard-hit rescuers - to create a nail-biting chronicle in the Tornado Alley of America. No, it's not Oklahoma or Kansas; it's Alabama, where there are more tornado fatalities than anywhere in the US, where the trees and hills obscure the storms until they're bearing down upon you. For some it's a story of survival, and for others it's the story of their last hours.

"Horrifying depictions of the monster storms and gut-wrenching scenes of loss make other accounts of Tuscaloosa's tragic tornados." ( Publishers Weekly)

What listeners say about What Stands in a Storm

Good stories if you can stand the narrator

Would you try another book from Kim Cross and/or Tracy Brunjes?

The narrator's mawkish reading is over the top and unnecessary, even off-putting.

I found this book well written, and the stories compelling.

For the content of the book yes, but due to the narration, no.

As a native Birminghamian, and witness to the devastation of April 27th, I would recommend this book to both residents of Alabama and others across the nation. While most of us who live here already know many of these stories (or ones just like them), as well as are directly connected to people affected by this more greatly than ourselves, this was a fantastic depiction of our resilient state, our courageous people and the fine men and women who work tirelessly to aid others.

I enjoyed the honesty of this book. I respect the meticulous research and development that went into creating this story. It is a testament to the dedication of the author to the memory of those lost and the accuracy in which their stories deserved to be told.

As a native Alabamian, I found her narration particularly offensive. The choice to portray the voices of Alabamians with a fake, and often times mockish seeming Southern accent was an extremely poor judgement. Not all Alabamians even speak with that thick of an accent. It seemed more like she was making fun of the Southern people rather than trying to tell the story in our voices. This narration was very distasteful and overall ruined the enjoyment of the book for me. It is of my opinion that this book should be re-recorded with a different narrator, or to correct the parts where she speaks in an Alabamian character's "voice".

There really isn't even enough room here to properly describe the feeling of anger I had while listening to the narration of this book when the narrator chose to speak in "accent". Degrading is the only word I can even find.

good book. keeps your attention and makes you care about the people who had to endure this tragedy. Absolutely worth reading.

What Stands in a Storm is a play-by-play breakdown of the worst super tornado outbreak to date. The author brings you close to the inner circle of victims, the details of major tornados, and the meteorologists who document their terrible toll.

I bought this audiobook thinking that I would get a well-written and well-narrated telling of the 2011 tornadoes in Alabama, but that is not the case with this book. The narrator is extremely offensive and difficult to listen to, I tried a total of three times to start this book with interest, but just couldn't do it. It's a shame because, overall, the book was written by someone with an important and poignant story to tell. Tracy Brunjes is the worst narrator ever! Pass on this book! There are other tornado- and weather-related books that are so much better!

both heart breaking and heart warming

Wonderful information about how the storm formed and how it changed people's lives. a lot of research was obviously put into this. great read.

This is a gripping, heart-rending story that is well written and packs a heavy emotional punch. Even though I'm not a parent, I found myself tearing up several times.

I particularly enjoyed the first part of the book- being a "weather weenie" I liked the meteorological insight into storm formation and the in-depth profile of James Spann.

Unfortunately, the narration of the story was not that great, as the reader mispronounced several words frequently (asphalt, Cantore, and most troubling of all, Bama!). I'm a Southerner and wasn't offended by the accent (I'm from Tennessee), but mispronouncing Bama in a book about Alabama is unforgivable.