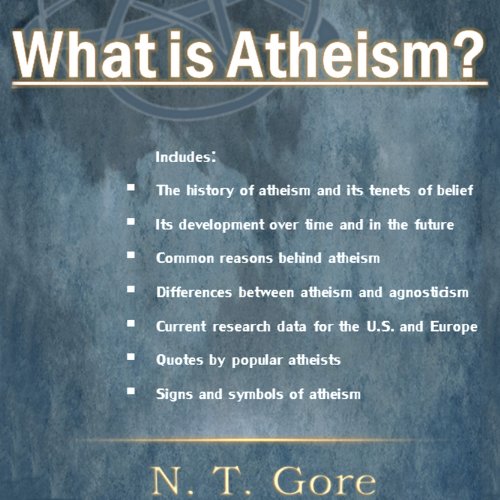 What is Atheism? Atheism is the rejection of religion outright. It posits that there are no deities, and that the existence of all things can be explained rationally and without the presence of a higher power.

This independently written audiobook aims to examine the history of atheism and its philosophical development throughout the years, its rise in popularity throughout the 20th and 21st centuries, its central tenets of belief, the reason behind a person becoming and atheist, as well as atheism's future.

What listeners say about What Is Atheism?