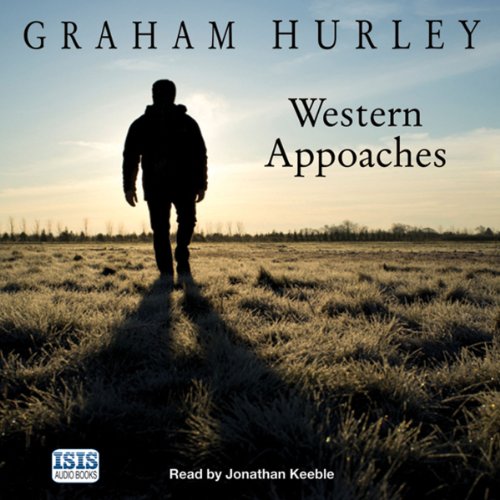 By: Graham Hurley
Narrated by: Jonathan Keeble
Try for $0.00

No one liked Jake Kinsey. A rich man, he turned up out of nowhere, acquired Exmouth’s trophy penthouse flat, and then bought his way into the local rowing club. And now he’s dead.

D/S Jimmy Suttle, a newcomer to the Devon and Cornwall force from his old job on Major Crimes in Portsmouth, is the one detective who suspects that Kinsey has been killed. His boss, beset by budget cuts and the pressure of other cases, needs to move on. The enquiry is dead in the water.

Suttle’s wife, embittered by the move to a remote country cottage, is threatening to decamp with their daughter, Grace. Worse still, the deepening shadow of a killing related to Jimmy’s old life in Pompey is creeping ever closer.

What listeners say about Western Approaches

Hurley's Jimmy Suttle is a gem

What did you love best about Western Approaches?

Hurley's brings to life the Exmouth area. Jimmy Suttle character is well developed and well worth the following.

What was one of the most memorable moments of Western Approaches?

There are far to many to isolate just one - but I'd have to say his interviews with the prime suspects is well told.

Don't have just one.

I would if I had that kind of time.

Now onto the next in the series and can't wait

Western APPOACHES??? - (Look at the cover)

There are a few series issues with this book and I wanted to really like it. The issue is that the name of the book on the Audible cover has a misspelling. It says "Appoaches" instead of "Approaches".

My next biggest issue with this book is that Jimmy Suttle doesn't even solve the crime! When I read a police procedural novel - I'd like for the detective to at least solve the crime. Another issue, there is no action in the book. It's just a story about people's lives with the husband getting up and going to work and the wife staying home with the baby and she's feeling abandoned etc. Blah blah.

I also didn't understand how Lizzie met Pendrick met one day and have the deepest connection which she is fixated on. He says he's in love with her one day after meeting her. For a while I thought that I was listening to the abridged version. I just found that to be stupid and unbelievable.

Lizzie and Suttle seem to have no concerns about their infidelities. It's just like another day and then at the end they split up. There is no real conversation between them about the fact that Lizzie wanted desperately to sleep with someone else and Suttle did sleep with someone else. After Lizzie's accident, I thought that Suttle and her would talk it out. She was telling him that she loved him and then they just split up.

Pendrick told Lizzie he was the killer and then Lizzie went and spent the night in his apartment riffling through his things. She is married to a police detective - wouldn't she know that she shouldn't touch anything? Where were the police? Very odd!

I would have liked it better if Pendrick would have taken Lizzie hostage and Suttle would have solved the murder and then had to rescue Lizzie.

The narrator is good, but he does make everyone talk in short clipped words and sentences. No one draws anything out. It's just a very quick "yeah" or "no". I would listen to other books narrated by him because he does a good job with the voices.

Now here's the really odd part - I'm NOT ruling out listening to the second book in the series. I've read a lot of good things about Graham Hurley's books and I'd like to give another book a try.

The ending was a bit of a damp squid but this book is less about the detective work and more about human interaction, if your a fan of the gentler detective books then you will probably enjoy if your a Val McDermott kids of person then not so much.

I didn't enjoy this

The language was too crude and rudimentary for me. I listened to it all but was disappointed with the ending.