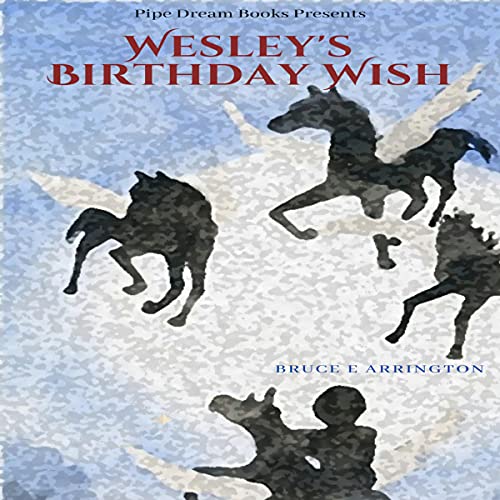 By: Bruce E. Arrington
Narrated by: Andrea Giordani
Try for $0.00

Wesley is incredibly excited about waking up the morning he finally turns seven years old; a magic door would open for him at last! He had wondered what was on the other side of that door ever since it first appeared when he turned four. Now, he sees the handle; it's golden, and when he turns the knob, the door opens with a rush and a sound that seems like a roar. What adventures await? Wesley's Birthday Wish is a moving fantasy story about a small boy's rite of passage as he turns seven, and one can't help but get excited for him as he surveys the new and limitless world that awaits him. This tale illustrates most eloquently why force is never the solution, even when you really desire something.