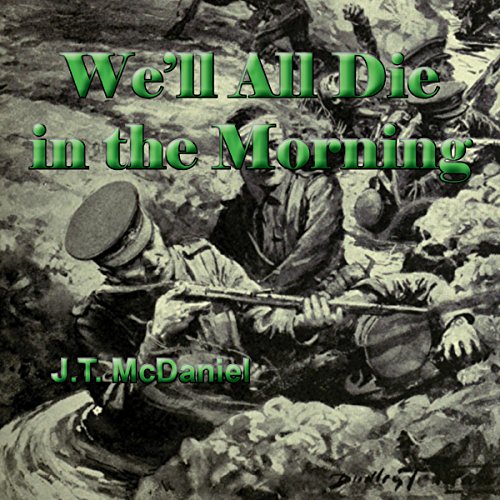 We'll All Die in the Morning

We'll All Die in the Morning

Soon, an entire British army will climb out of their trenches to attack the German lines, only a few deadly yards away. For Lieutenant Oliver Black, this will be his third attack. He's wondering if his luck will hold. Only five of the original 30 platoon members are still with him. The rest have been killed, or so badly wounded they'll never return to the line. The replacements are green, mostly untried. One of them manages to get himself shot in the head only hours before the attack. Black has his doubts, and his sense of honor and duty to king and country. Don't miss this compelling new story from the author of Bacalao and With Honour in Battle.

What listeners say about We'll All Die in the Morning

The perfect length for a long commute to work. Interesting details only a Veteran could provide.