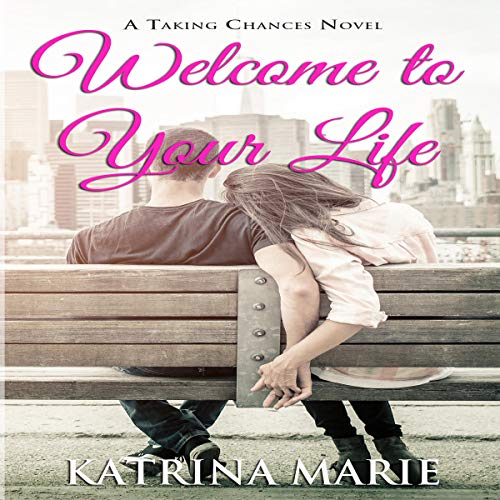 Welcome to Your Life

By: Katrina Marie
Narrated by: Brittany Schank
Try for $0.00

Pregnant and alone. That wasn’t how Tonya expected to end up. After breaking up with her high school boyfriend, Tonya tried to move on. But that wasn’t possible when her stomach started to grow and memories of the boy she left remained.

Life became about struggling to adjust to her new normal. Tonya attended college, worked, and kept pushing her ex away. He wanted her in his life again. However, she wasn’t sure that was the best idea.

When paired with a handsome guy in class, Tonya knew he’d never be interested in her. No one as good-looking as him ever had before. Then he was.

Emotions ran high as Tonya tried to figure out what she wanted. Her ex was still there, begging for her to come back, but he wasn’t the only guy vying for her attention.

Decisions had to be made, and she wasn’t the only person she had to factor in anymore. With a baby on the way, life became very complicated.

What listeners say about Welcome to Your Life

After DNF-ing three books, this was the story I really needed.

I really enjoyed Tonyas storyline, and how she had support from her family and friends throughout the situation and her growing relationship with Reaf.

There were a few moments that I didn’t like, like one scene when Reaf sort of made Tonya give her keys to him to drive her car. I’ll give him a pass with that, because I liked him 99 percent of the other time. I also didn’t like the scenes where food was slapped out of Tonyas hands. She’s pregnant, let her eat.

The narrator, Brittney Schank was really great. She really felt like Tonya, which was great. I am happy to see that she is narrating two other stories in the series, so that is something to look forward to.

Overall I would rate this story 5 stars! I really enjoyed this.

I loved the character development and how the author was about to weave in the small little details, but not too many to overwhelm the listener!
Fantastic work!

Such a great story.

A storyline I haven't seen in a while, refreshing to get something a little different.

This was a very enjoyable book to listen to. It was very predictable; yet, oh so sweet. Loved the characters and their traits!