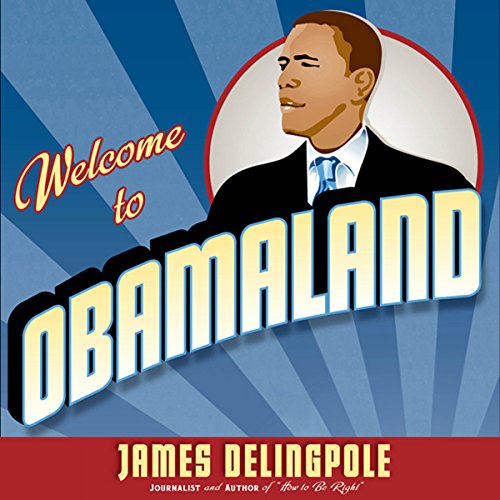 I Have Seen Your Future and It Doesn't Work
By: James Delingpole
Narrated by: Peter Bishop
Length: 6 hrs and 43 mins
Categories: Nonfiction, Politics
4.5 out of 5 stars 4.4 (10 ratings)

If the election of Barack Obama fills you with dread rather than elation, you're not alone - in fact, pull up a chair next to James Delingpole who has seen this all before and knows exactly where America is heading: into a morass of sprawling government that will slowly start suffocating our economy, our liberties, and our culture. You might as well call it socialism, he says, because that's what it is.

In Britain it came in under the smiling face of Tony Blair and has left the British bulldog castrated, whimpering, and sick; in America it's coming under the vibrant, youthful guise of Barack Obama. But the result will be the same: the brave, independent American eagle will become the American turkey, oven-basted by the nanny state of Barack Obama, Hillary Clinton, Nancy Pelosi, and Harry Reid.

James Delingpole, whose coruscating wit and laugh-out-loud asides have earned his fame as a British political commentator, is here to tell us how bad things could really get. From the socialized medicine that will make us want to avoid going to the doctor even when our hand is on fire (as his literally once was); to eco-fascism that will have us spending millions, if not billions, if not entirely ruining our already shattered economy, to protect un-endangered, man-eating polar bears; to immigration non-reform that will leave us wondering what country we're living in anyway; to a further dumbing down of an already execrable school system, with more PC inanities, such as banning "competitive games" because it might disturb children's self-esteem; to so many symptoms of decline and fall that we might as well all move to Albania to enjoy the high life.

Hilarious, witty, impassioned, and perceptive, Welcome to Obamaland will have you laughing through your tears and taking courage from the eternal truth of conservative convictions.

Yup This is One of Those Books and I Love It

If you couldn't tell by the title that this books isn't for those with liberal mindsets. What exactly have you been smoking? It's a nice set of political columns formed into a book. Mostly its about how a lot of the proposed new legislation is following what has already been done in Europe, and guess what the author isn't to happy with it.
I happen to love this style of book but be careful because its not a book that will last as its relevancy tends to wane with the shifting political landscape. Its a good preach to the choir type book about how bad things can get and how bad some things are. But again just like books on how bad some of Clinton Administration or Bush Administration are only semi relevant this one will eventually lose its urgency.