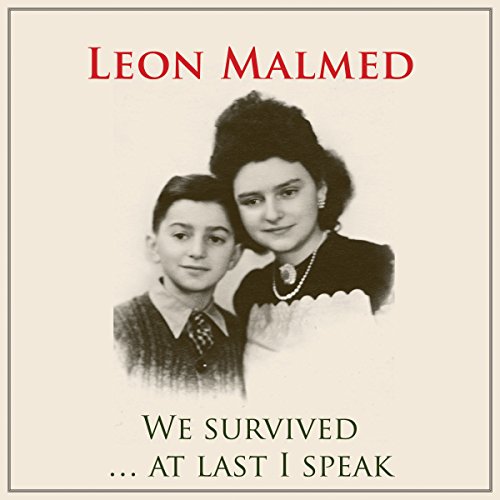 This is Leon Malmed's true story of his and his sister Rachel's escape from the Holocaust in Occupied France. When their father and mother were arrested in 1942, their French neighbors agreed to watch their children until they returned. Leon's parents were taken first to Drancy, then to Auschwitz-Birkenau, and they never returned. Meanwhile their downstairs neighbors, Henri and Suzanne Ribouleau, gave the children a home and family and sheltered them through subsequent roundups, threats, air raids, and the war's privations. The courage, sympathy, and dedication of the Ribouleaus stand in strong contrast to the collaborations and moral weakness of many of the French authorities. "Papa Henri and Maman Suzanne” were honored as "Righteous Among the Nations" by Yad Vashem in 1977. It is a narrative of love and courage, set against a backdrop of tragedy, fear, injustice, prejudice, and the greatest moral outrage of the modern era. It is a story of goodness triumphing once more over evil.

What listeners say about We Survived... At Last I Speak

We personally know Leon Malmed and his wife as he lives near us. Leon and his wife took us (my grandson and me) out on Lake Tahoe on their 85' sail boat this past summer 2019. Listening to to the audible book, WE SURVIVED...AT LAST I SPEAK and it was the best as Leon himself reads his book with his beautiful French accent. I really felt the pain he has gone through being separated from his parents at just age 5 and never to see them again as they were murdered at Auschwitz.

What made the experience of listening to We Survived... At Last I Speak the most enjoyable?

Very amateur production. Many edits where a word or two got added or spliced in. Not up to the standard of most audible books. Frustrating and distracting.