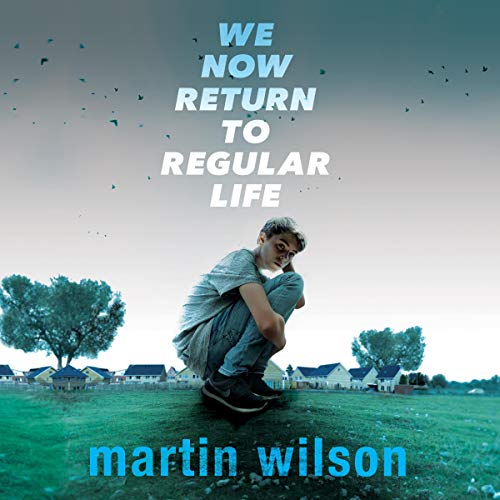 We Now Return to Regular Life

By: Martin Wilson
Narrated by: Will Ropp,Whitney Dykhouse
Try for $0.00

The Face on the Milk Carton meets The Impossible Knife of Memory in this ripped-from-the-headlines novel that explores the power of being an ally - and a friend - when a kidnapped boy returns to his hometown.

Sam Walsh had been missing for three years. His older sister, Beth, thought he was dead. His childhood friend Josh thought it was all his fault. They were the last two people to see him alive.

Until now. Because Sam has been found, and he's coming home. Beth desperately wants to understand what happened to her brother, but her family refuses to talk about it - even though Sam is clearly still affected by the abuse he faced at the hands of his captor.

And as Sam starts to confide in Josh about his past, Josh can't admit the truths he's hidden deep within himself: that he's gay, and developing feelings for Sam. And, even bigger: that he never told the police everything he saw the day Sam disappeared.

As Beth and Josh struggle with their own issues, their friends and neighbors slowly turn on Sam, until one night when everything explodes. Beth can't live in silence. Josh can't live with his secrets. And Sam can't continue on until the whole truth of what happened to him is out in the open.

For fans of thought-provoking stories like The Face on the Milk Carton, this is a book about learning to be an ally - even when the community around you doesn't want you to be.

What listeners say about We Now Return to Regular Life

The story, the writing, and the narration on this novel are all top notch. It’s powerful and compelling. The characters are multidimensional and you will find yourself wanting to hug them and yell at them in terms.

Not bad but wanted more

Good story but could have went much further with it. Characters were under developed. Not bad just wanted more

The characters were uninteresting as the author failed to fuel them with any more than trivial, typical teenage angst. No big revelations here.