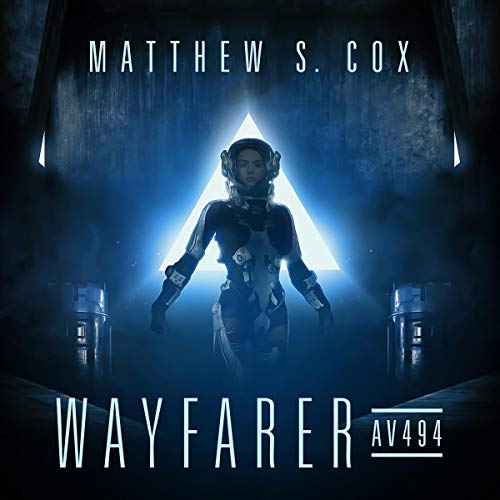 By: Matthew S. Cox
Narrated by: Erica Hilliard
Try for $0.00

Kerys Loring hopes an expedition to a distant alien ruin will make her career - assuming she lives long enough to still have one.

Her last team made a significant find, but her bosses took all the recognition and grant money. When Avasar Biotechnology appeals to her unique combination of experience and desperation, she jumps at the chance, even if it means leaving her little brother behind for a three-year trip.

At least she’ll be thousands of light-years away from her abusive ex.

Within minutes of arrival, her excitement shatters at the sight of her ex already there. Clinging to the hope his position with botanical sciences will keep him away from her team, she forces herself to continue.

On her first day in the ruins, she makes a profound discovery...but something goes terribly wrong.

Her domineering ex soon becomes the least of her problems as an unstoppable alien threat plunges Wayfarer Outpost into chaos. Trapped in an isolated facility with death stalking every corridor, Kerys finds herself up against an even more insidious threat than ancient aliens: the truth.

What listeners say about Wayfarer: AV494

Good story, but the narration was lacking.

The narration was monotone and hurried. It made for a rough beginning. You get used to it after about 5 chapters, but I think this novel could have been spectacular with the right narrator.

This novel started out as science fiction adventure,threatened to turn into a romance, but finally became good sci-fi horror. The plot was clever and well written with a riveting, fast moving story. Erica Hillard’s voice was a good fit for the main character, Derys. However, she had an unusual pronunciation of a couple words and sometimes seemed to be reading the story instead of telling the story. Overall, I enjoyed listening to Wayfarer.

Once I had spent a few minutes, I was intrigued to hear more. very descriptive novel.