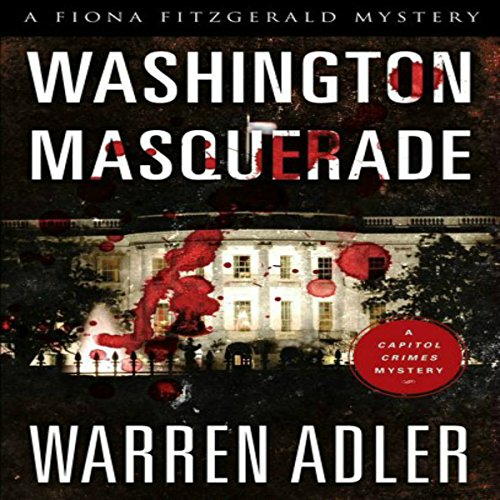 By: Warren Adler
Narrated by: Rachel Perry
Try for $0.00

Detective Fiona Fitzgerald is an unlikely force for justice in Washington, D.C.'s predominantly male police force. As a senator's daughter and top investigator in the homicide division of the Metropolitan Police Department, Fiona maneuvers between two vastly different worlds, moving quickly from opulent galas to gritty crime scenes. Born into the elite social circles of the nation's capital, and armed with intimate knowledge of the true face of the political establishment, Fiona is determined to expose the chicanery concealed within the highest echelons of the American political aristocracy.

Adam Burns, Washington Post columnist and controversial presidential critic, is dead. With no clear circumstances, speculation, gossip, and rumor flood the media - was it accident, suicide, or murder? Conspiracy theories run amok, accusing none other than the president of the United States. Was Adam Burns the target of a government hit squad? Did someone decide to silence his diatribes once and for all?

Days roar by, pressure mounts, clues mislead, intuition betrays. Can Fiona clear the president's name? Is one woman enough to stop a nation out for blood?

What listeners say about Washington Masquerade