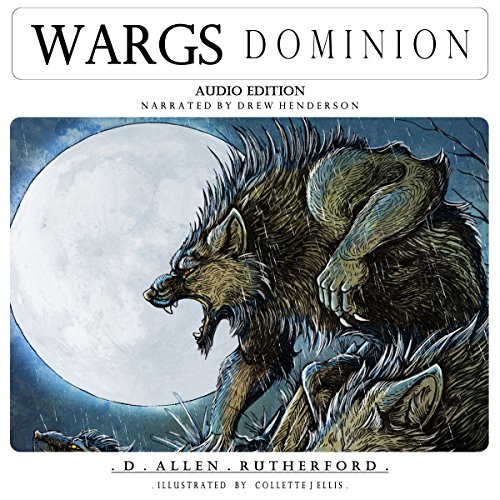 By: D. Allen Rutherford
Narrated by: Drew Henderson
Try for $0.00

In the second novel of the Wargs Trilogy, we find Dr. Matthew Kershaw and the residents of Misty Hollow engaged in a desperate fight for survival. While Matt struggles to assemble a team to deal with the rising threat posed by the human-warg hybrids, Dr. Bertram is racing to develop a cure for the transgenic virus. Unknown to Matt and the others, the threat against them is much more ominous than anyone can imagine. Behind the warg threat is a sinister plot by a rogue colonel and his band of human-warg hybrids who are intent on establishing dominion over the indigenous warg packs. With the wargs under his control, the colonel plans on unleashing a reign of terror upon the residents of Misty Hollow and then the population at large outside the valley. Can Matt, Victor, and their team uncover the plot in time to stop it before it's too late? Can Dr. Bertram develop a cure for the virus before it can be exploited by some other group?

What listeners say about Wargs: Dominion