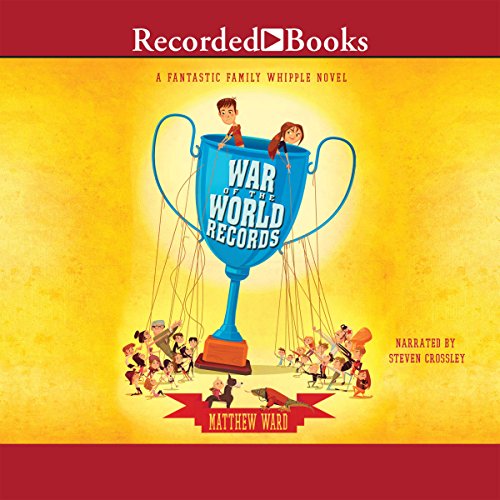 War of the World Records

War of the World Records

Discover who will be crowned the world's most record-breaking family in the audiobook that's perfect for fans of The Guinness Book of World Records!

The rivalry between the Whipples and the Goldwins escalates to an all-out war as the World Record World Championships draw near. When sinister clowns Overkill and Undercut cause a regulation game of hide-and-seek to go horrifically wrong, recordless Arthur Whipple and his unlikely ally, Ruby Goldwin, set out to catch the clowns’ mysterious boss, known only as "the Treasurer". The young detectives follow the clues through darkened alleyways, dingy nightclubs, and the gothic halls of the World Record Archives, where they unravel the mystery of the Lyon's Curse and the secrets of their fathers' shared past. In the end, Arthur must fight to save his family as he struggles to earn his first world record and prove himself worthy of the Whipple name.