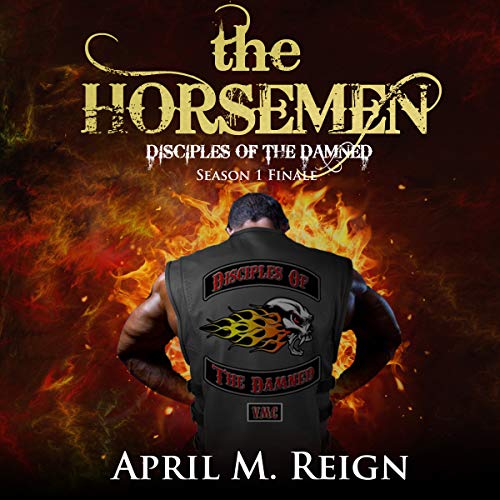 By: April M. Reign
Narrated by: Roderick Peeples
Free with a 30-day trial

The Disciples of the Damned season finale novel

Reign takes you into the world of vampires, werewolves and outlaw motorcycle clubs in this fast-paced paranormal series.

Hunter King struggles to keep his town from falling apart. With the Government Security Agency threatening to close down The Slayer program, an unknown beast on the loose in his city, and commanders at other locations disappearing, he finds himself at the breaking point.

Dominic follows clues that bring him closer to Florin while Chari finds herself struggling as a slayer when her heart belongs to a vampire. On this night, loyalties will be forged, promises broken, and secrets revealed. In a war between all, some will live and some will die, but everyone’s lives will change.

What listeners say about War: The Horsemen