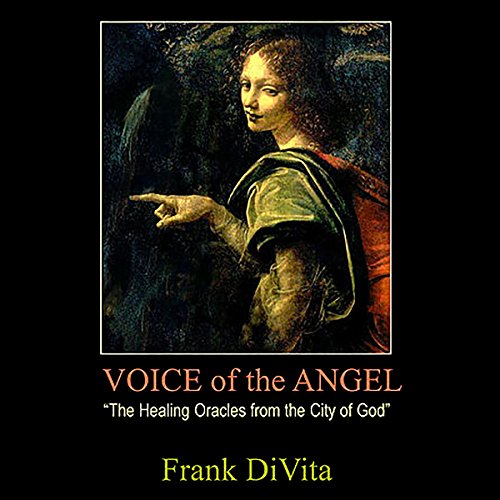 Voice of the Angel

By: Frank DiVita
Narrated by: David Michael Goldberg
Try for $0.00

For most people, life is a mystery.

It's as if we live a life confined to a few pages within the middle of a novel, never knowing the beginning and never having knowledge of the ending.

In not understanding the why of our creation, we respond and react to the repetitive trials and tribulations that confront us, armed only with the tools that were given to us by our parents. Parents who themselves have lived a life of the in-between. As the blind leading the blind, we continue forward on the road that perpetually merges within itself, always going in a circle.

Religions have attempted to come to our aid, but their own need for power, money, and position have distorted the clarity of the message of what it is to be a spiritual human. Religion is a crutch that may be used as a stepping stone. It enables us to walk forward, yet leaves us with no possibility of ever running or flying within any freedom of living in the direction of our own choice to god.

Our human mind has also attempted to come to our aid, but the mind has great attachments due to its driving force, the ego. The Big Bang needed to satisfy the human ego has created fantasy-filled past realities involving alien transplants and cloning: dissertations fashioning a whole human evolution by the genetic manipulations of extra-terrestrials. Or, on its more conservative level, the mind, by tapping into the surface of the truth, has adopted a prepackaged series of intellectual mantras, seemingly the manuals that give us the recipe to escape the wheel of our continuing incarnations. Yet in truth, our human mind can only create for us the illusion of escape by stealthily placing on us another mask, although appearing more beautiful and angelic, still a more subtle mask of our own ego.

What listeners say about Voice of the Angel

If Your Seeking You Will Find...Hear?

If you could sum up Voice of the Angel in three words, what would they be?

What was one of the most memorable moments of Voice of the Angel?

(1)The Oracles are a Spiritual Rosetta Stone...
(2)The TRUTH about the Crucifixion....and the misunderstanding of the Resurrection
(3)The reason why Jesus "did not" marry... Mary Magdalene....
(4)Understanding the power of the Ego.... and why the Romans were asleep during the Resurrection ....
(5)The story of Masada is a total fabrication by Josephus....The Rebels were really peaceful pre-Christians...there was no suicide...Magnetism...they just disappeared!
(6)Constantine could not remove the "truth" from the Bible because it was hidden from him and he could not see it!
(7) Egypt ...Jerusalem ...Rome....Masada/ Megiddo....our four levels of consciousness and the four horsemen...
(8) Why this world will End in the not too distant future...
(9)ENLIGHTENMENT...is yours for the taking..
(10) Unmasking the Magician...your personal Antichrist....or return again!


Which character – as performed by David Michael Goldberg – was your favorite?

too much information for one sitting