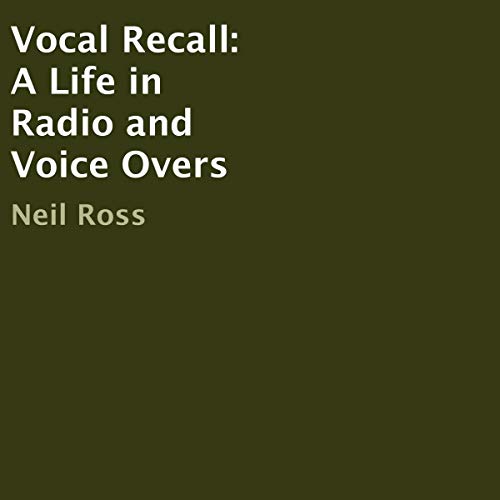 Vocal Recall: A Life in Radio and Voice Overs

How does a kid who survives the rain of V-2 rockets on London in the waning years of World War II end up in Hollywood announcing the diamond jubilee of Oscar? Veteran Hollywood voice actor Neil Ross tells the amazing story of his life, and 50-plus-year career, in two exciting, highly competitive professions in his autobiography: Vocal Recall; A Life in Radio and Voice Overs.

Driving cross-country to New York at 17, Neil learns how to survive in the Big Apple on $38.06 a week, and then lives the life of a radio gypsy in Arizona, Salt Lake City, Honolulu, and later in Saigon, where, as a navy journalist, Neil reports on one of the major disasters of the Vietnam War. Then on to San Diego, San Francisco, and finally, Hollywood.

Neil tells of his struggle breaking into voice overs, one of the most competitive fields in the industry. Then he describes in fascinating detail what it was like to work on iconic '80s and '90s TV cartoon shows including: Transformers, G.I. Joe, Voltron and Spider-Man. As well, he voiced a slew of popular video games including: Metal Gear Solid, Call of Duty, Command and Conquer, Doom 3 and Mass Effect.

Neil spins the tale of his 30-plus years in voice overs including major motion pictures and television shows, and encounters with Robert Redford, Warren Beatty, Steven Spielberg, and Jerry Seinfeld.

In addition to announcing the diamond jubilee of Oscar, Neil also works on the Primetime Emmy Awards and seven AFI Life Achievement Award telecasts. He describes in vivid detail the adrenaline-pumping experience of working on live, celebrity-studded events.

As Neil’s story unfolds, we meet an amazing cast of characters, from Gene Autry to Jim Morrison, Little Richard to Jonathan Winters. Neil also shares his experiences with the many colorful, talented voice actors and directors he’s worked with over the years, and shares stories of hilarious in-studio hijinks.

Those curious about the life of a top 40 radio DJ in the heyday of that format, fans of the many cartoon shows and games Neil has worked on, and the many beloved characters he’s voiced, and folks dying to know the inside scoop on the golden age of the voice-over business will want to listen to this fascinating story.

What listeners say about Vocal Recall: A Life in Radio and Voice Overs

Highly recommend. What could be better than listening to the life of Neil Ross, in his own words and in his own voice.

This is an amazing tale. I’ve heard Neil for most of my life in various projects and now being able to learn how that came to be blows my mind. Highly recommended listen

A living History of Radio and Voice Overs