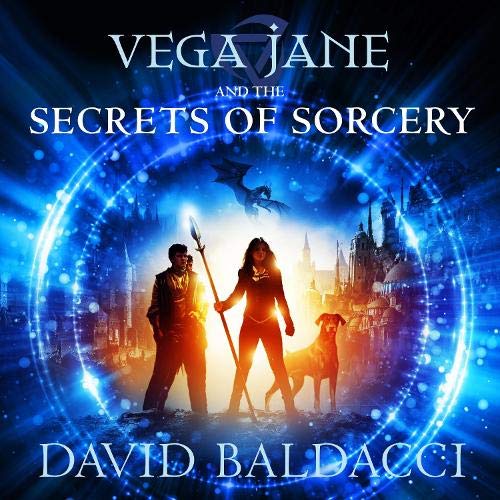 Vega Jane and the Secrets of Sorcery

By: David Baldacci
Narrated by: Katy Sobey
Try for $0.00

Full of monsters, magic, danger and mystery, Vega Jane and the Secrets of Sorcery is the first title in the thrilling fantasy adventure series by best-selling master storyteller David Baldacci.

Vega Jane is 14 when she is secretly given a map that reveals a mysterious world and dangerous creatures beyond the walls of Wormwood, a place no one has ever left - or wanted to. Until now. The map makes her question everything she has ever been told about the place she calls home. Her friend, Delph, and her dog, Harry Two, are the only ones Vega trusts. Trapped by secrets and lies, they want freedom and truth.

But she will have to fight for freedom. And the truth may cost Vega her life.

Continue the adventure series with Vega Jane and the Maze of Monsters.

Vega Jane and the Secrets of Sorcery was previously published as The Finisher and has been edited for younger listeners.

What listeners say about Vega Jane and the Secrets of Sorcery

Book was good for half the time, no the book was good BUT it skipped at the start of a new chapter and left me hanging for a good 60 to 90 seconds before resuming so half the time had no idea which chapter I was in until I looked at the chapters link! First time this has happened hope it won’t again!!!