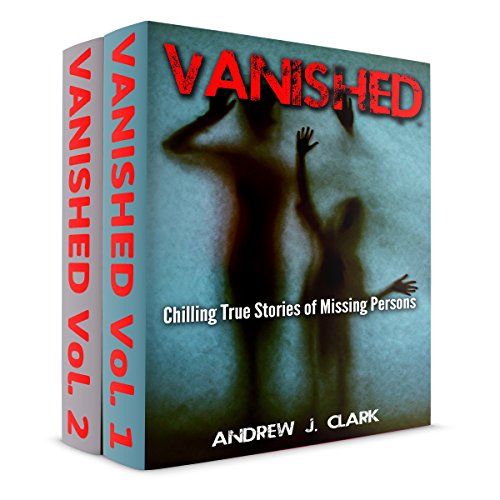 Over eight million people go missing each and every year, just vanishing into thin air. These are some of their stories.

Of these, some are found within hours, others within days, some within weeks, and certain people are found after months of being away. However, the story does not always end happily.

Of the millions who go missing every year around the world, there are those who simply vanish and are never seen again. The sheer volume of people who disappear each and every year are, when examined in detail, terrifying. In this audiobook, we will touch upon some of the most terrifying, touching, strange, and worrying stories.

In this audiobook, we hope to examine the sheer range of cases which have enthralled the interested, and distressed those involved for many years. Some of these cases became national stories, while others remain private tragedies. In the cases of missing persons, trying to find an explanation is almost as difficult as trying to find the person themselves. So join us on this journey and discover just how morbidly fascinating and compelling the cases of the missing can become.

Here are some of the cases that you will find inside:

"quote" is now my most loathed word.

performance was incredibly irritating. so much so that I couldn't even focus on the actual writing. I'd get my money back if I could.

A varied collection of missing people stories from around world. Some well-known and others not so famous but all equally important! Told with respect and accuracy of reporting.

MOST OBNOXIOUSLY READ AUDIOBOOK EVER!

Absolutely horrendous, pompous and exaggerated reading of an audiobook I have ever read. The stories are good enough, but the narrator is outragesly over the top to the point of it being hilarious in a bad way. Avoid this narrator.