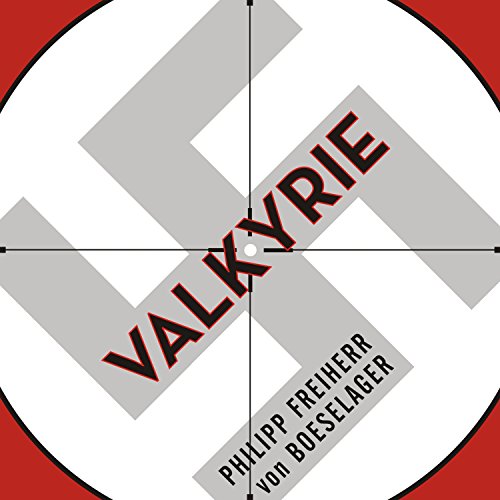 When World War II erupted, Philipp von Boeselager, son of an aristocratic Catholic family, fought enthusiastically for his country as a cavalry lieutenant. But in the summer of 1942, when he witnessed the regime's criminal brutality toward Jews and Gypsies, his patriotism quickly turned to disgust, and he joined a group of officers intent on killing Hitler. After one aborted attempt---in which Boeselager was assigned to shoot both Hitler and Heinrich Himmler---it was decided that a bomb would be used to assassinate the Fuhrer.

Boeselager delivered the explosives and then led his unwitting men toward Berlin in order to carry out the coup d'etat. When the bomb failed to kill Hitler, the SS launched a terrifying purge of senior army officers. Boeselager managed to return his units to the front before, one by one, the other conspirators were rounded up, tortured, and executed. None of them betrayed Boeselager.

In his unvarnished, harrowing testimony, Philipp von Boeselager - who died on May 1, 2008 - gives eloquent voice to the courageous spirit of these men whose profound sense of honor could not be dimmed by the diabolical propaganda of the Third Reich.

More Of An Autobiography

This book read less as an overall story of Valkyrie than it did as an autobiography of Philipp von Boeselager. While the book did have some interesting information, the focus of much of the book surrounded the author and his brother, another German officer involved in the plot. If you want an interesting story of a former German soldier, this is it. If you want an in depth overall view of Valkyrie, I would not recommend this.

8 of 8 people found this review helpful

I agree with the previous reviewer who said this does not contain so much about Valkyrie itself, however it illuminates many other areas of what inspired operation Valkyrie. Actually, I assumed this book was about Von Stauffenberg (portrayed in the film, Valkyrie) but barely mentioned his character at all. This book gave me a unique insight into how high-ranking officers and generals quickly became disgusted with the SS and Adolf Hitler. I think people could easily watch a dozen or so Private Ryan movies and think that the whole German army was populated with nazis, but that was not the case. I don't think this book would have succeeded as an 8+ hour audio, but 4 hours was just right. I feel that the information I pulled from it is invaluable in helping me shape a greater understanding of the complex second world war.

The story of the World War II German officer

I will have to agree with Stephen from an earlier review, the title of this book is misleading. The story is more about the German officer in his life growing up in Germany and then his involvement with the plot to assassinate Hitler. Having seen both movies, the one with Tom Cruise and the other one which was produced by a German filmmaking company. Both are very good and showed some different scenes which were not depicted in the either film so you got to see pretty much the whole thing. But back to the book, it was interesting to understand the aristocracy of a young person growing up in Germany, to understand the feudal system which was Germany in the 19th century. If you're interested in World War II history and the German army, you will certainly want to read this book, I recommend it, and don't get me wrong I did enjoy listening to it.

The title has nothing to do with the book. Almost no inside perspective on the assasination attempt. If I wanted to read a biography about a german soldier I'd have looked for a book entitled, "What it was like to be a Nazi soldier and become disillusioned with our cause". When the big moment comes and the assasination attempt is made, the author's full description went something like, "the next day we heard the assasination was unsuccessful". No description or commentary on the nuances from the "inside" perspective the title promised. Zippo. Next time, I'll be better about reading others reviews as they were quite on target and I didn't notice.

Would you try another book from the authors and/or Michael Prichard?

when the author says that germans were returning churches to the russians or that russian soldiers gladly deserted to join germans, he is lying for self serving purposes. The rest of the story did not matter, the trust was lost. I guess one can watch a movie, which I thought was great.