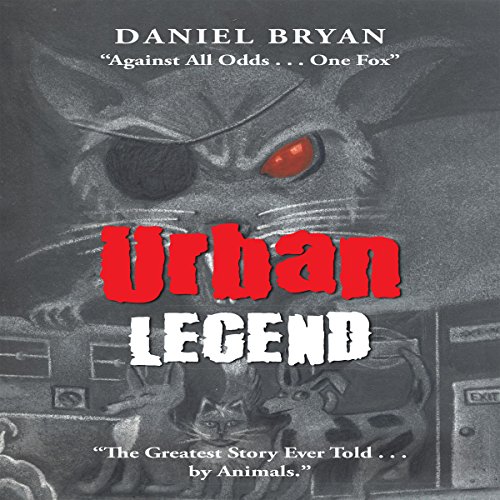 Urban Legend: “Against All Odds...One Fox” “The Greatest Story Ever Told...by Animals.”

Urban Legend: “Against All Odds...One Fox” “The Greatest Story Ever Told...by Animals.”

Urban Legend is about the animals within an urban area, each claiming their turf and trying to find peace among themselves and humans. It focuses on a fox named Artful, who, as the protagonist, is thrust into a world he wants no part of.

Destiny plays a role when a band of unlikely heroes take a journey of epic proportions and ultimately end up finding themselves. With danger at every turn, will our heroes survive their greatest fears?

This audiobook is full of action, adventure, comedy, romance, and tragedy. You will never forget the legend.