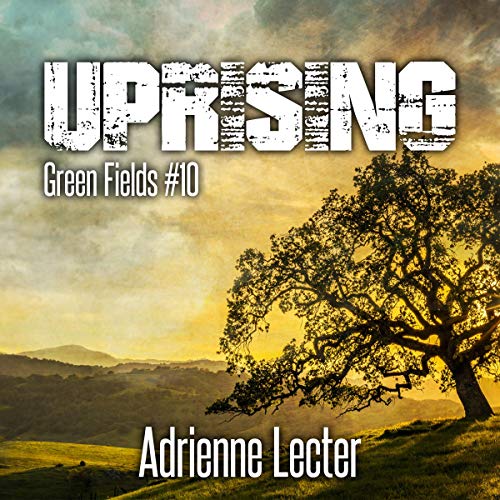 By: Adrienne Lecter
Narrated by: Tess Irondale
Try for $0.00

When the last vestiges of civilization crumble, who will prevail?

More than two years have passed since Bree and Nate disappeared - and much has happened in the meantime. After leading a nomadic lifestyle for several months, they have started to rebuild a semblance of normalcy, moving between several established camps as the seasons change. Life is simple - hunting their own food, building weapons, even growing produce. Far away from the security of the settlements, they take care to stay unnoticed and, if the need arises, cull the odd horde of shamblers.

Until one night, their idyllic off-the-grid lifestyle comes to a sudden end when they are overwhelmed and captured by forces unknown. Will they manage to escape? And at what cost?

What listeners say about Uprising

I love the style of writing and detail that Adrienne Lecter puts into her books. I think this series is a bit different then the typical Post Apocalyptic type books. I really got hooked on this series and the books never disappoint!

This series kicks butt, but this story was very weak. The female lead was solo so the cool interactions between her and her husband were nonexistent. They finally got their groove back on the last installment, so it’s hard to see the series crash again. They have another entry coming up...I hope the quality returns on that one or I’m done.

This books lacks a narrative, falling back in the by now very tired suffering and oppression of previous stories in this series.

Perhaps this is just a slip, and pace will continue in the next green fields- but this adds completely nothing to the series.

After 10 books I am still here. I have gone from thinking this author hates women to knowing she hates everyone. However, her writing is well done and her character development is actually quite good. She takes it too far on so many levels and you know that these people would not function in everyday life but in an apocalypse they thrive